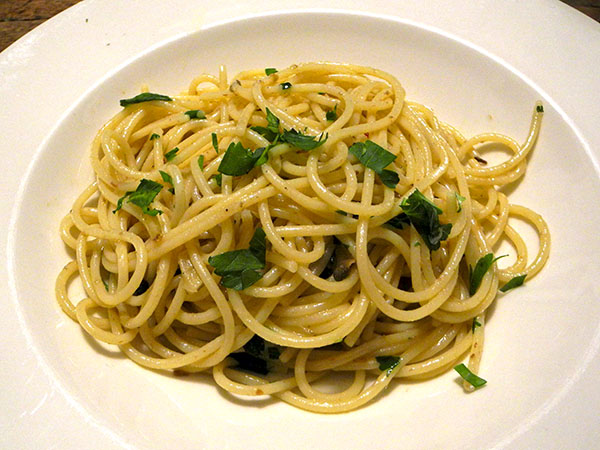 It’s sometimes called ‘midnight pasta’. I’ve cooked this simple dish many times, and it’s shown up on this blog four times before. I wrote last time, “It never fails to satisfy whatever either of us was looking for in a meal at the moment; usually it was when we didn’t have the time or patience to come up with something more complicated.”