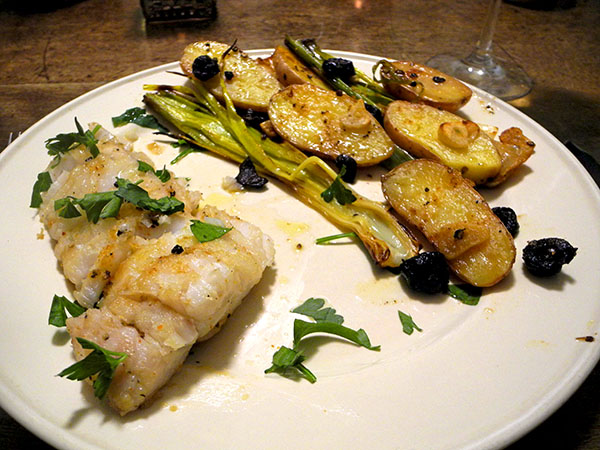 I came across an old printout for this recipe minutes before I began to cook dinner tonight [I had probably transcribed it from this site, but I took some liberties with its text]. Since it was a little more time-consuming than most of my treatments I use for this great fish, it meant that we ate a little later than either of us had hoped we would, but the meal was really so extraordinary that, I think, neither of us minded very much.

I mean, it was really really delicious.

Especially as I think about it now, I imagine it has more than a little bit of Basque – or Spanish – in it, so the wine the house sommelier pulled out of the rack, a Galician Albariño, wasn’t just a good pairing, but also pretty ‘right’ for the meal.

The fish was hake, a species much loved in Spain, and with good reason, and the roasted vegetable dish included potatoes, leeks, olives, garlic, lemon, dried no-heat habanero peppers, and a Basque piment. 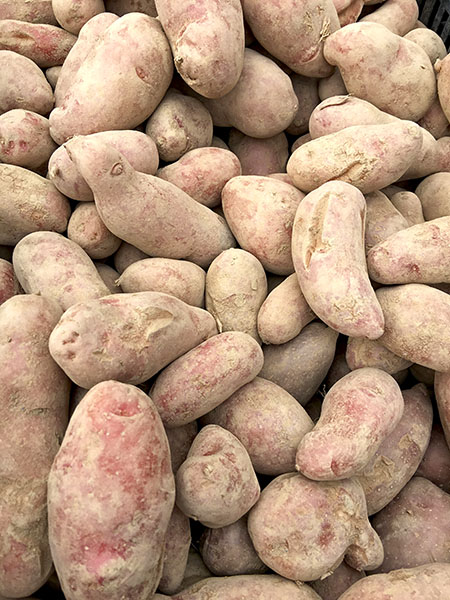 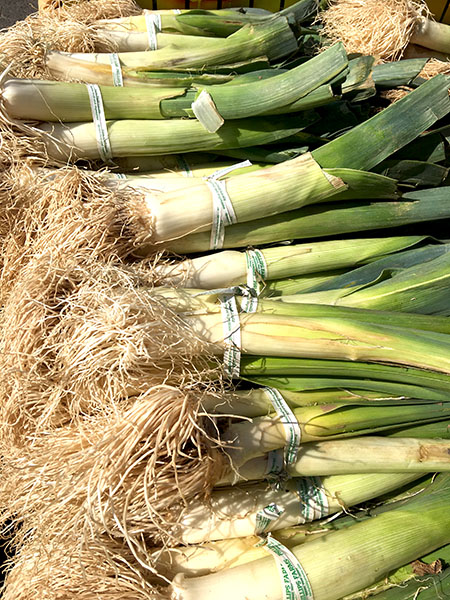 The image below shows the vegetables just prior to being put into the oven, but it was taken before the olives, the final seasoning with salt and pepper, and the last drizzle of olive oil was added. 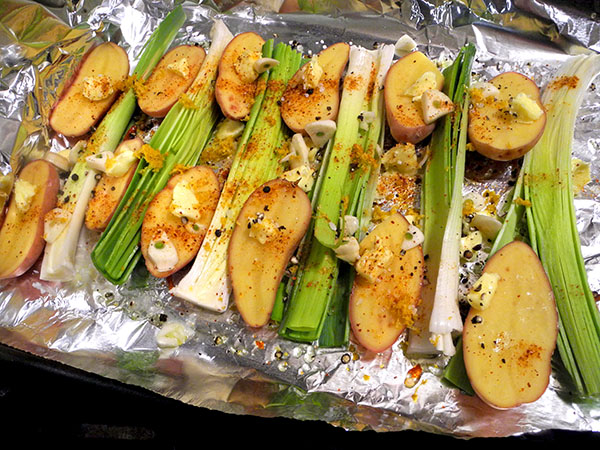