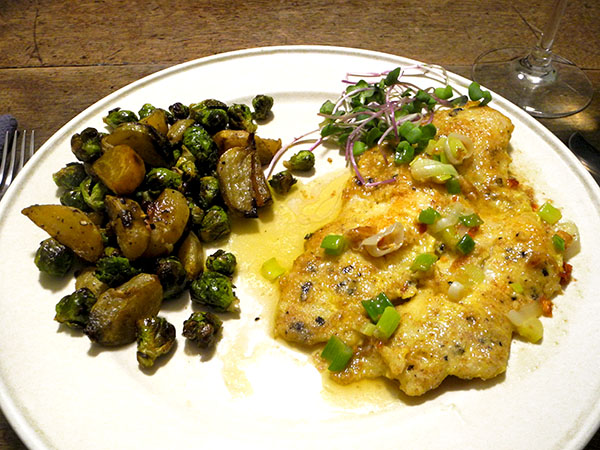 Golden were the fish and the beets both, but the leeks, micro greens, and Brussels sprouts, also a part of this meal, might better represent the gold of the sun, barely visible in late January (fairly or not, we associate that orb with the green above ground more than the roots below). The date was January 30.

I love this simple recipe, suitable for almost any white fish fillets. I had originally heard about it from the late Kyle Phillips, on the site he had edited, Italian Food on about.com. I have never moved through it the same way twice.

The vegetable accompaniment was a concoction triggered by what I had in the crisper. 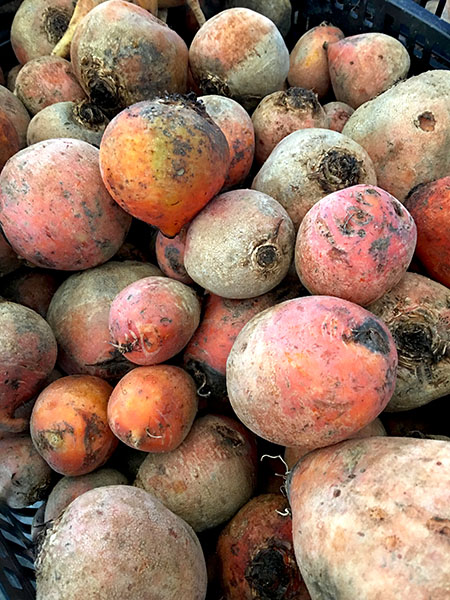 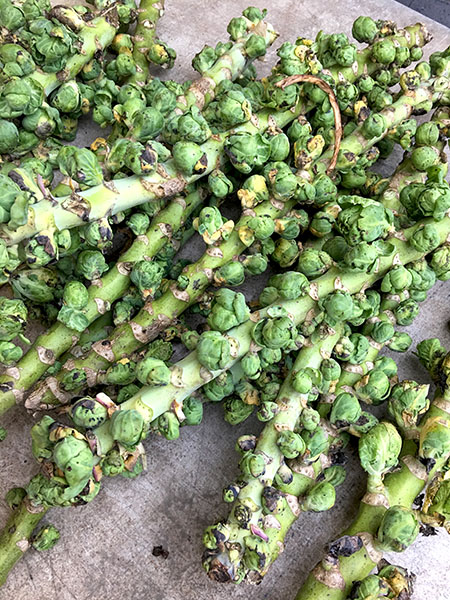