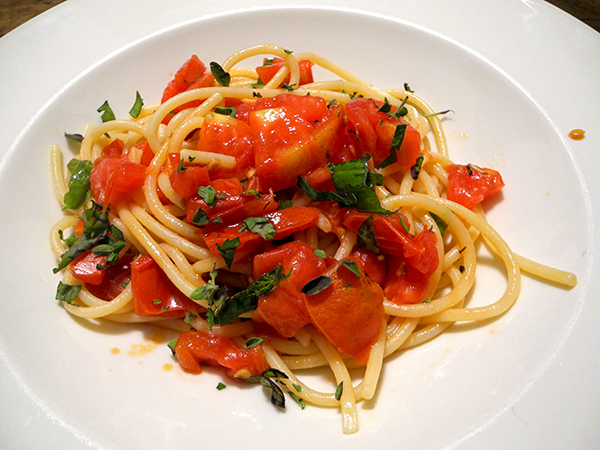 We had these three beautiful heirloom plum tomatoes on the windowsill, the last of a stock which had been the gift of a friend with a vegetable garden north of the city, and they were definitely all at the peak of their ripeness.  We already knew how perfectly delicious they were, so there wasn’t any question about cooking them, or burying them with a lot of other ingredients.

I decided pasta was the answer, a good artisanal pasta, with nothing other than these red beauties, their natural green condimento, basil, a bit of gently-crushed garlic, a pinch of Sicilian chili, and olive oil. Other than the spaghettone, all of the ingredients would remain uncooked, except to the extent they would be affected by the heat of the boiled and drained pasta. 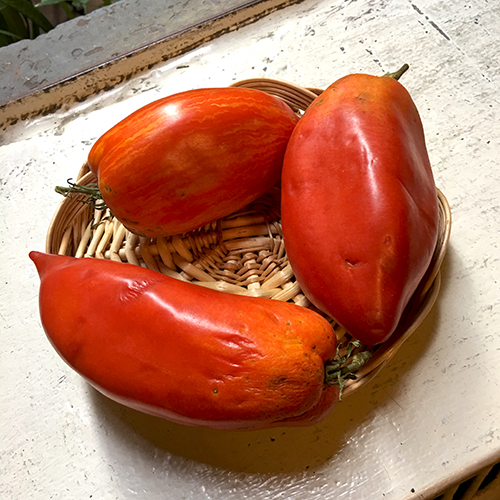