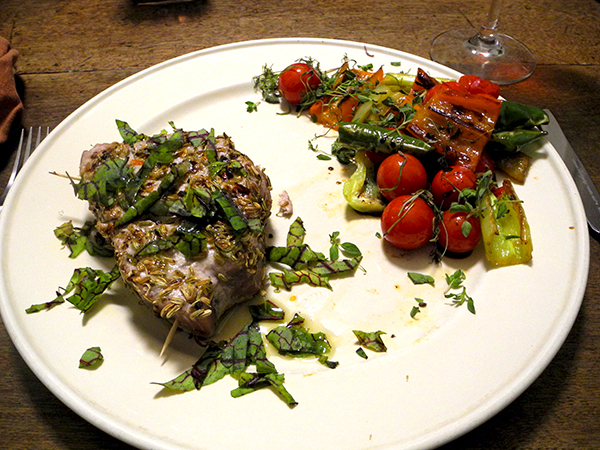 I couldn’t decide whether to serve tomatoes or peppers with the tuna last night, and then I realized the decision had already been made for me: Since there really weren’t enough tomatoes, and those that I had were very ripe, I ended up combining them with the pepppers.

There was a small fruit and cheese course. 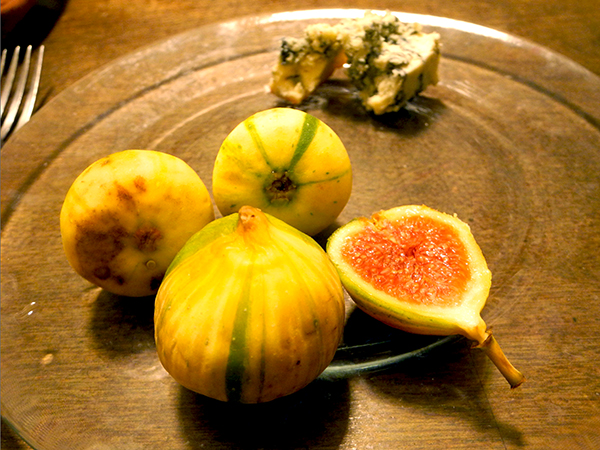