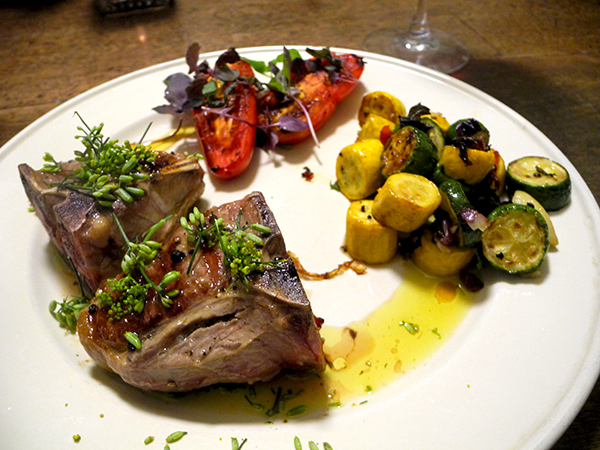 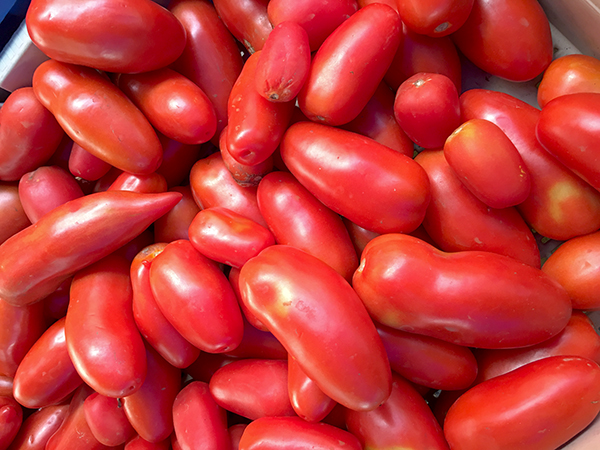 I could never even think about making this dinner if we didn’t have pretty decent air conditioning in both our kitchen and informal dining area (for that matter, I have to say the same thing for most of the meals I’ve been preparing for many weeks.

With sincere gratitude to the cooling gods, and to all those oleaginous dinosaurs who never knew what was coming, I was able to offer us another pretty decent meal on Sunday.

Looking back over those of the last few months at the least, this one was exceptional in the fact that it included lamb chops. Although they don’t require an oven, and so would seem to be a good choice if meat is to be a choice, they have just not seemed appropriate during this interminable plague of warm and humid days and nights.

We’ve also become more and more fond of seafood, and my confidence in preparing it continues to grow.

While in the Greenmarket on Saturday I was excited to come upon Karen Weinberg, of 3-Corner Field Farm, for the first time since spring lambing season. I had forgotten that until the fall she was only in the market on Saturdays, and until last week I hadn’t been shopping on that day for months. Honoring the serendipity of our meeting, I defrosted the 4 chops I bought, making them the highlight of a Sunday dinner.