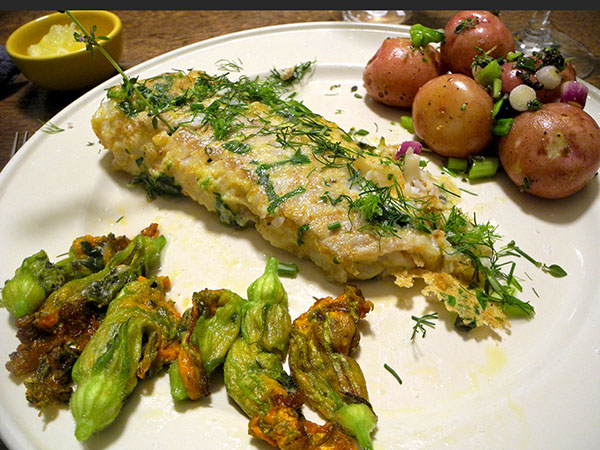 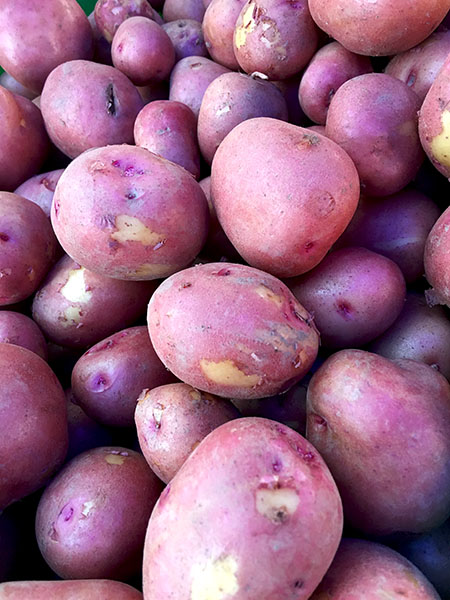 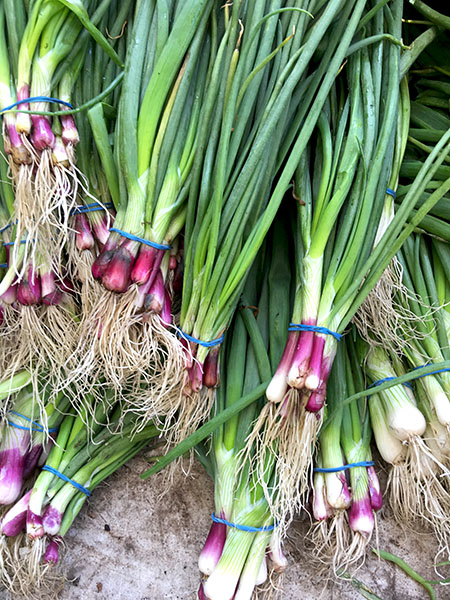 It was so hot.

It was a delicious dinner, but I’ll never again do something that requires so much time and stove hovering on the kind of warm and sticky night we had yesterday. To properly account for my sanity, when I started out assembling and planning the meal I had a reasonable expectation that the air conditioning in our kitchen areas was going to work.

It didn’t, but I only learned that fact about an hour before I had to begin cooking.

I made it through to the end. It was very good, but I’m certain we would both have enjoyed it more had the climate in both the kitchen and the dining area been more reasonable: I read 90º on the thermometer hanging at the edge of the kitchen after I had turned off the flames on the top of the range; there was no air moving (the fan would have inhibited the open gas flame); and it definitely wasn’t a dry heat.