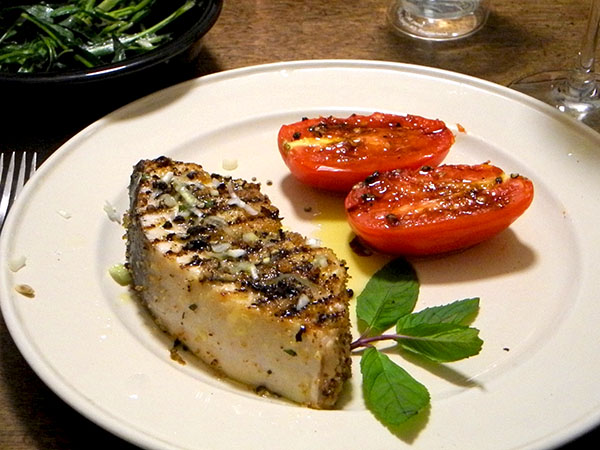 I think I’m finally beginning to understand swordfish, at least on an epicurean level. This was one of my most successful outings with this noble fish.