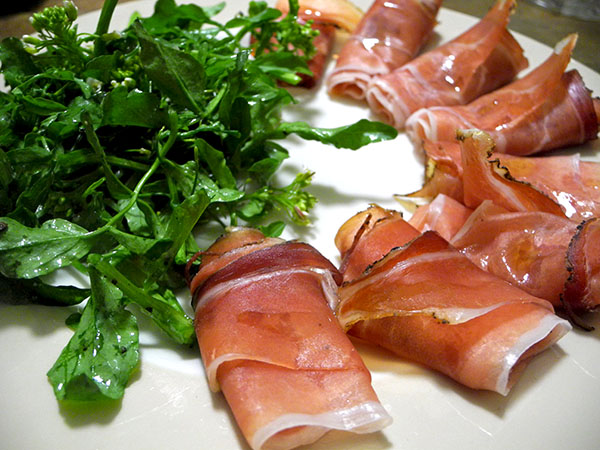 It was a warm evening.

The first course never got anywhere near a stove.

I was very fortunate in the greens I had been able to bring home from Union Square on Friday: They were a perfect, spicy foil to the headiness of the smoky pork. 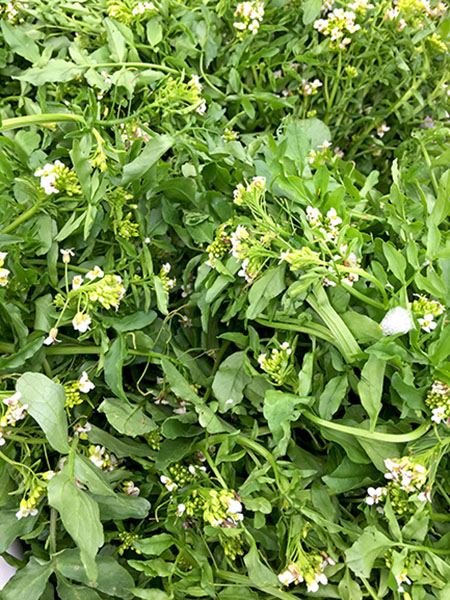 None of the elements of the second course spent more than a few minutes on the top of the range. 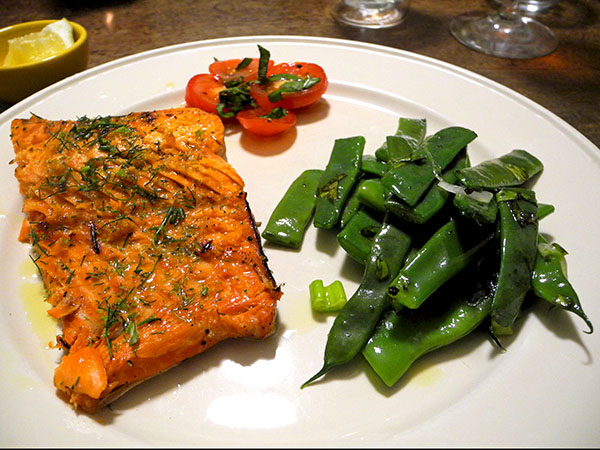 I had constructed the meal around the second course, a beautiful piece of fresh wild salmon that I was determined to cook without using the oven, and the rest of the meal had to go with the same proviso. Fortunately there were no taste sacrifices anywhere along the line.

There were cherries, from Kernan Farms. 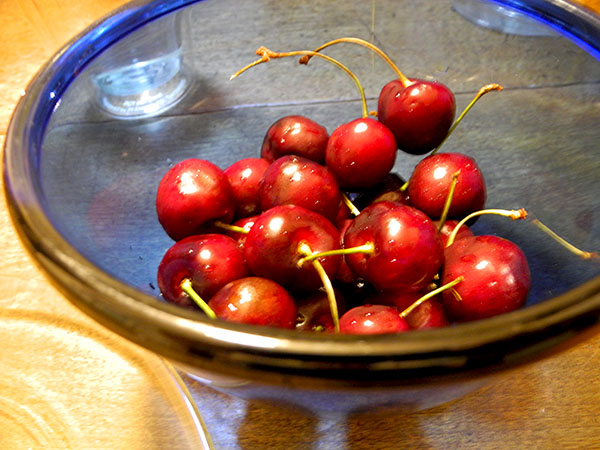