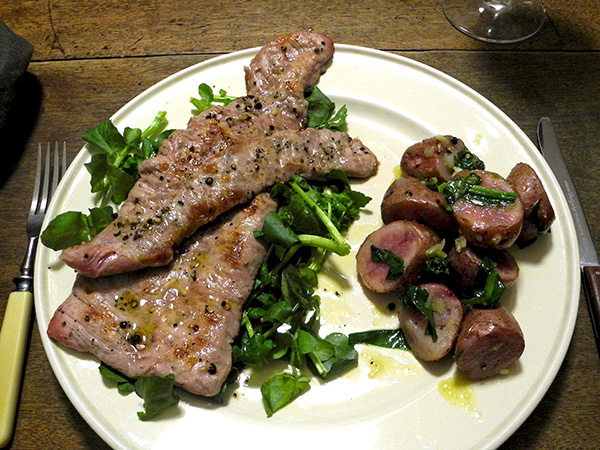 I had no idea that there were ramps in Spain.

Actually, I’m pretty certain that there are none, but tonight, after bringing home an exceptional cut of pork which I associate with Spain, I took a few liberties with what I still saw as a rather Spanish dinner, and the ramps were a part of that.

The meal was absolutely delicious, meat and vegetables, and I will definitely be revisiting both.