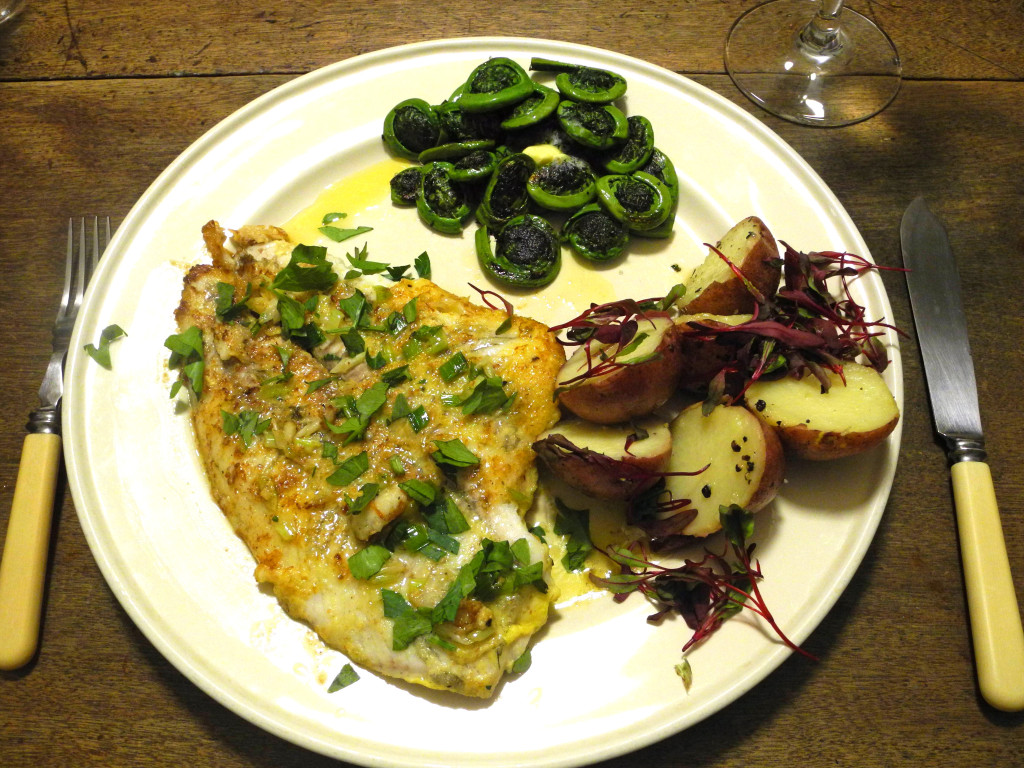 Each of these 3 elements needed attention in the moments before being served, and they each turned out very well, plus their tastes really complimented each other, and then finally there was that great color thing going on all over the plate.

Feeling good about this meal.