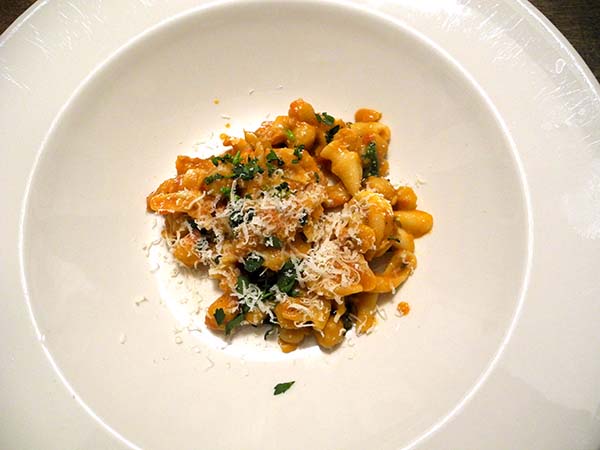 Sitting down to the first course, because the pasta looked so small in that broad shallow bowl, I felt as if I was in the kind of fancy restaurant we seldom visit.

There was this primi, because there was some of a delicious pasta e ceci remaining from a few days before, because I knew it would still be very good, and because it would let me assemble a main course that might also be pretty minimal. I’m definitely understanding the Italian attraction for the antepasti, primi, secundi, contorni, formaggi, dolci thing, but, yeah, who has the time these days? 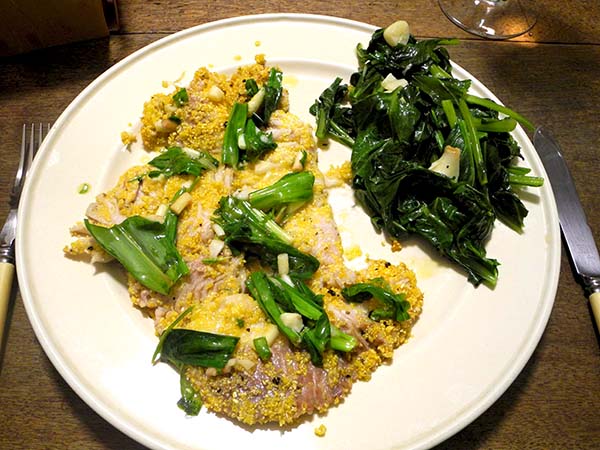