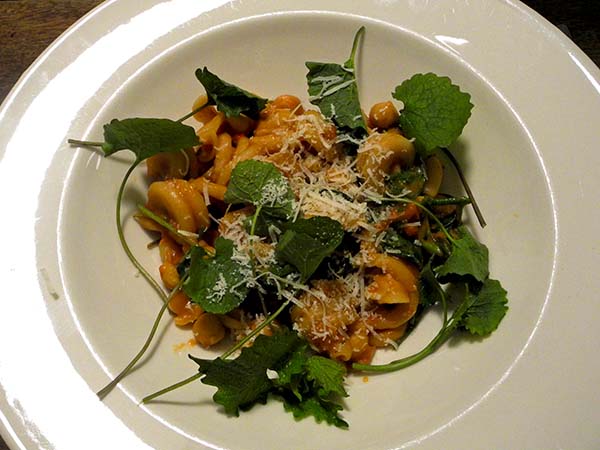 We’ve already enjoyed the basic recipe for this luscious pasta twice.  But I’ve never before had the privilege of welcoming foraged garlic mustard greens into my kitchen; last night this dish became the medium. I decided to mix most of them into the pasta at the very end of the cooking, and sprinkle a few of the most tender shoots on the top once the mix had been introduced into two bowls.

We’re not likely to be the only Greenmarket patrons who would like  to thank Alewife Farm for collecting these wonderful greens, and also for another, almost equally stunning market innovation, arugula rabe, which starred in an entrée the night before. I’m looking forward to more surprises from these folks, and from so many other farmers I visit each week.