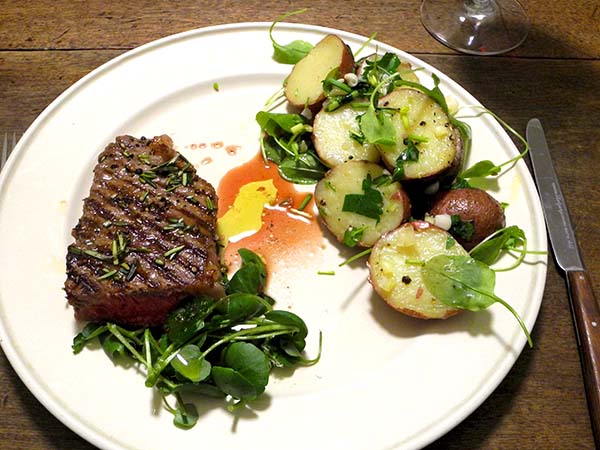 I already had all the extras, but I needed the lead; I found it on Wednesday where John Stoltzfoos oversees his family’s farm stand in the Union Square Greenmarket: It was a 13-ounce grass-fed beef steak, and it was everything I had expected.