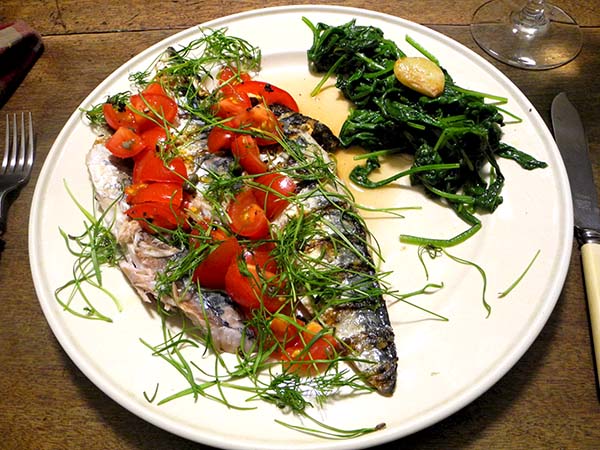 This dish has appeared here a number of times already.  Although we both like it very much as it is, this time I tried to introduce a new element. It didn’t really work.