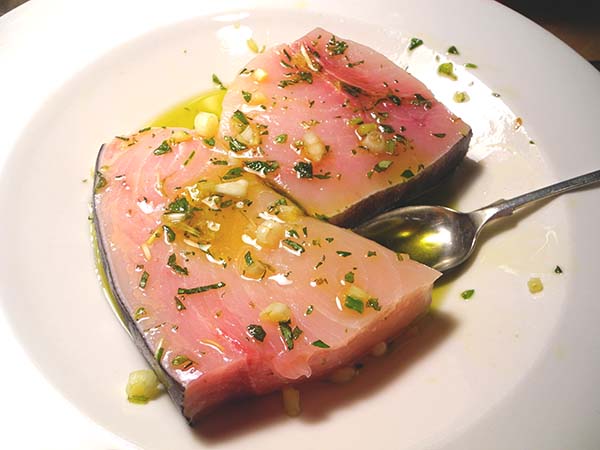 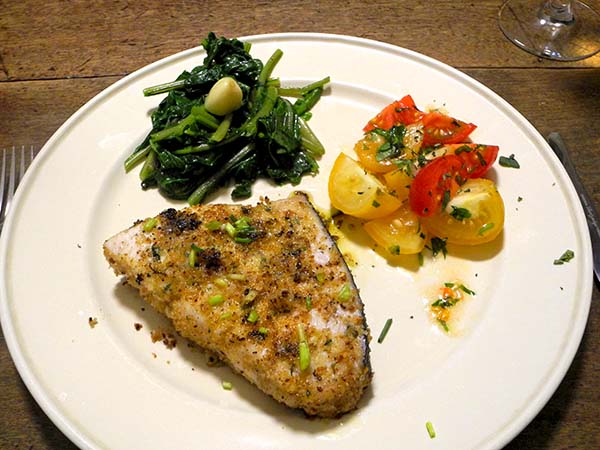 and on the plate with the vegetables 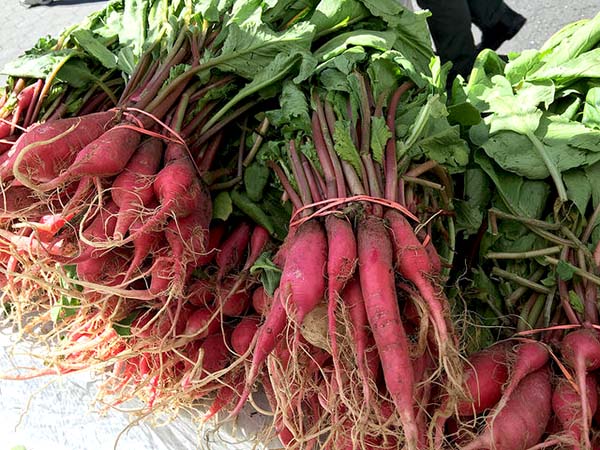 which included the greens from one of these radish bunches

I had intended to roast both radishes and radish greens as the vegetable for this meal, but the mild weather gave me second thoughts: I was not anxious to have the oven heat up the kitchen, so I ended up cooking only (some of) the greens, braising them on top of the stove (reserving the remainder for another time). I substituted some colorful fresh (hydroponic) tomatoes, in the form of a salad, for the radish roots, which will be a part of another meal.