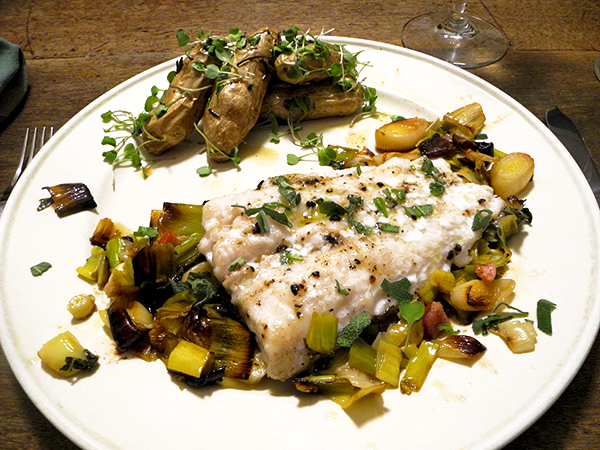 Winter fish: Delicious, and an excellent accompaniment to a cold February evening, this meal felt and looked custom-ordered for the very cold weather outside, but the fish was actually the only ingredient that wasn’t already waiting inside the kitchen.