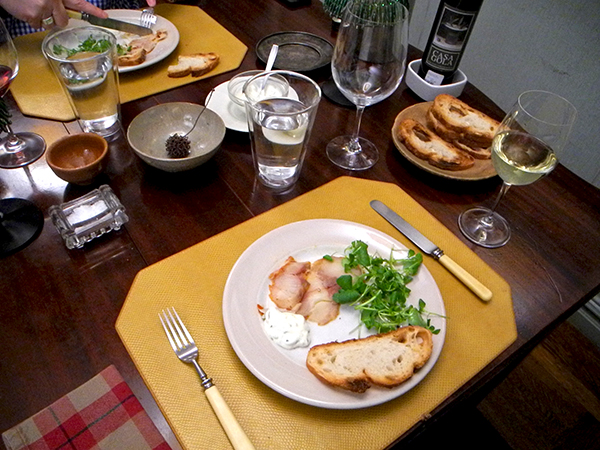 it seems Barry couldn’t wait to start, but it had been some time since lunch

It was the 25th of December, and so it was an almost perfect excuse for a feast. 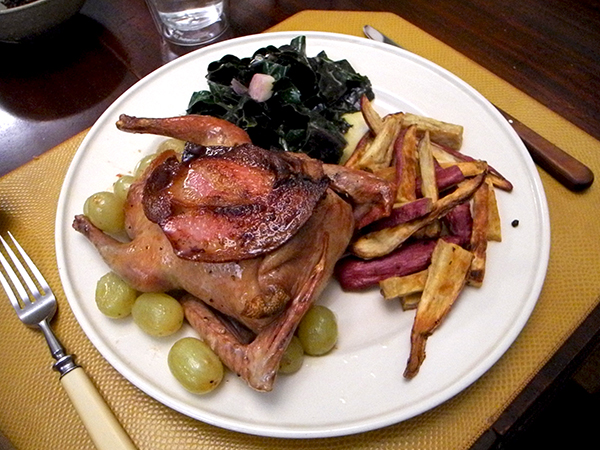 Pigeon. These weren’t wood pigeons, which are smaller, leaner, tastier, but wild, and therefore cannot be sold inside the U.S., but these domestic squab were almost as delicious, and at least there were no worries about biting into shot. 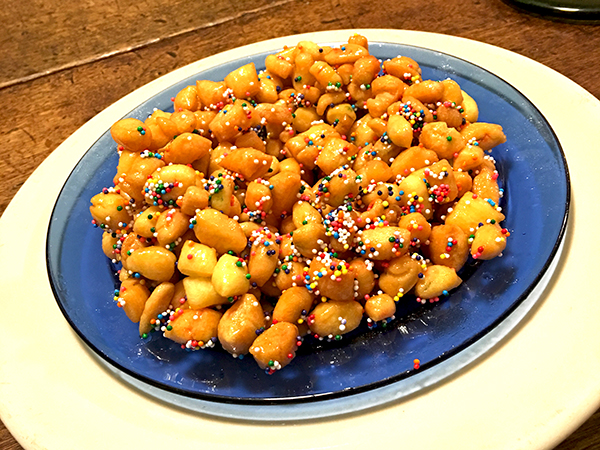 If I retain any Christmas traditions from any of my past lives, struffoli is one of them, and it can always make me smile.