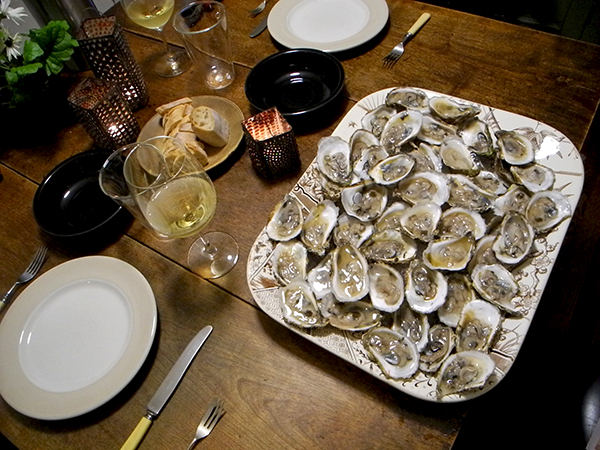 The meal was just about as simple as anything I’d ever served, although there was a certain amount of labor involved for both of us, in what I will call the process which brought it to the table.

The most fun of those labors brought Barry and I out of the rain yesterday, once again, for a journey to the Village rooftop where we met our contact, and shared a few oysters, beer, and wine. 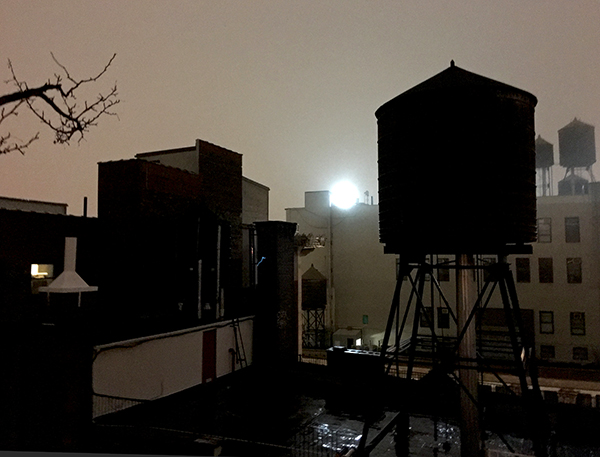 Less fun, but with the pleasure and reward of work done well, was the job of opening the 4 dozen bivalves once we got home.

Enjoying them at leisure brought us back to the real fun. 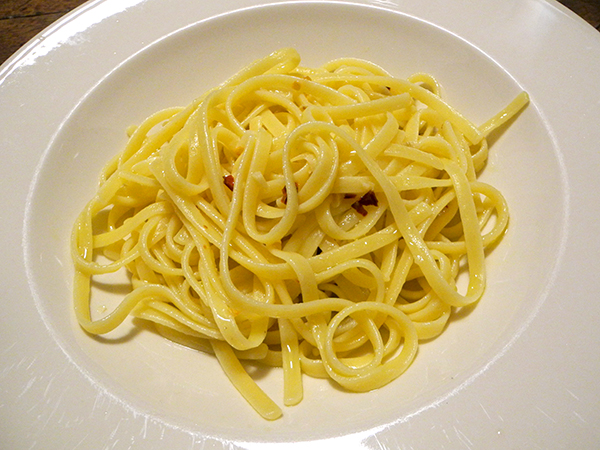