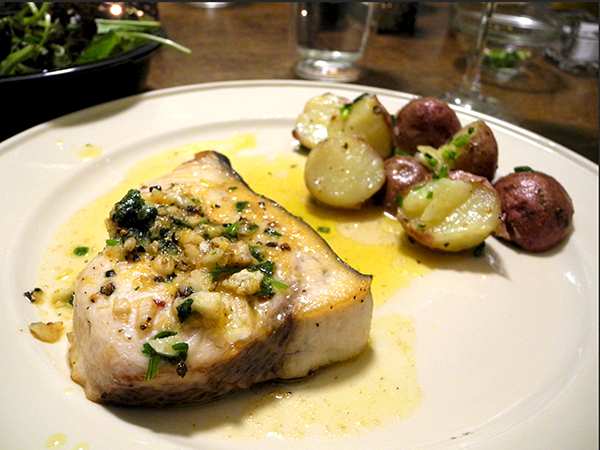 Because of what goes on in my kitchen generally, I think of swordfish as very Italian, in fact perhaps Sicilian more than anything else, but this time I prepared it there was butter involved in two of the three elements of the meal, so it would be awkward to describe this as a southern Italian entrée.

The wine however really was Italian; actually it was Sicilian, and as such it was likely to be very familiar with swordfish.