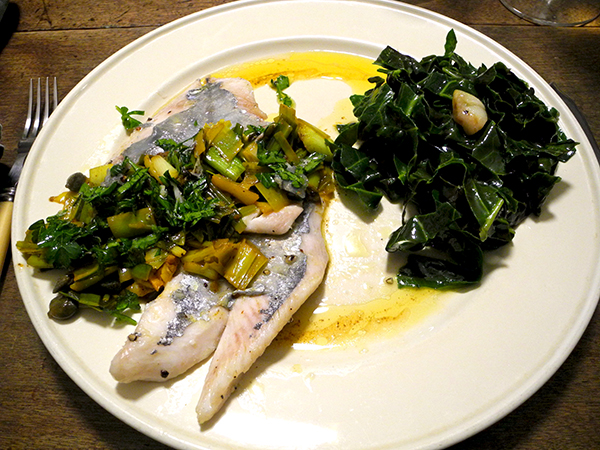 I try not to use the same recipe over and over again, even if my cooking style is to stay pretty minimal. But when we’re both hungry, I’m not really able to investigate a new approach, I end up repeating myself more often than I would want to.

On Wednesday I brought home 4 beautiful John Dory fillets from the Greenmarket, and, knowing I had a little more time than usual, I latched onto an entirely new recipe, or at least it was new to me. It tuned out absolutely delicious. but I’m not sure I will be using it any time soon, only because it was, well.., a little too ‘saucy”.