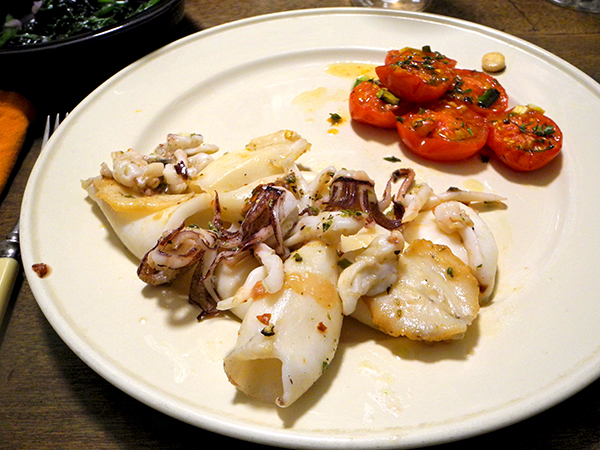 I was already pretty aware of the impact of color in food presentation, and therefore in its enjoyment, but lately it seems to have assumed even more importance in my meal planning (no, my planning area does not look like this). The most important thing still is weighing which elements best compliment the others’ flavors, second only to deciding which ingredients should be used sooner than later for freshest effect, but a consciousness of color – and texture – have become very important in determining the final mix.

So here we have arrived at the composition of this particular dinner, and I see that even long after the end of summer, it’s still difficult for me to shake the seductive color of a red tomato; thank goodness for modern agronomy (and the high tunnel).