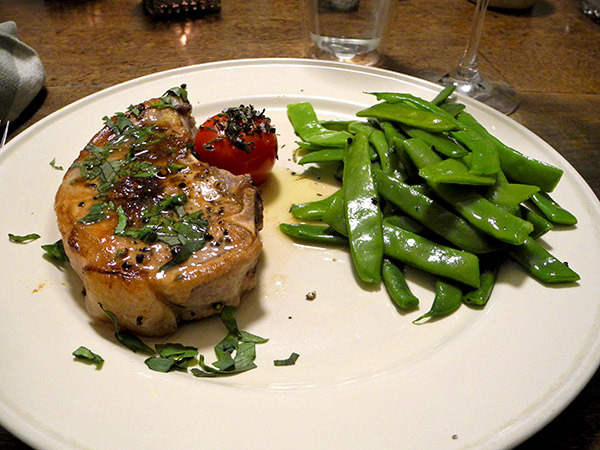 This approach to an excellent pork chop has almost become formulaic in my kitchen;  it’s the changing details and accompaniments that keep it fresh, as well as the variety of good wines pair well with it.