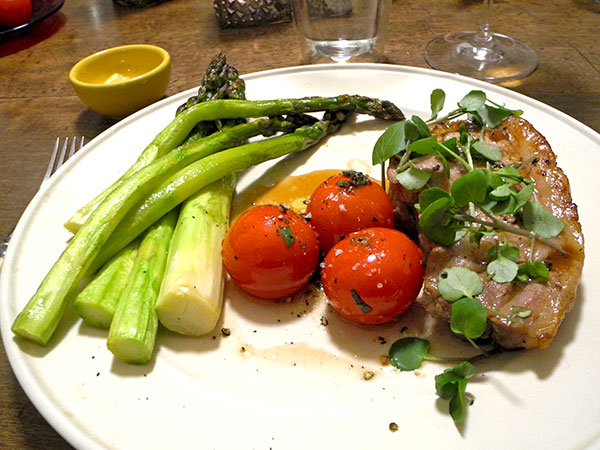 It’s spring, and that means it’s asparagustime (Spargelzeit).  The image above would suggest that it’s also tomato and watercress time, but that would not be entirely honest: These particular tomatoes are available all year round, and the cress is hydroponic (they came home with their clean wet roots intact), meaning that the farmer didn’t really have to wait for spring.