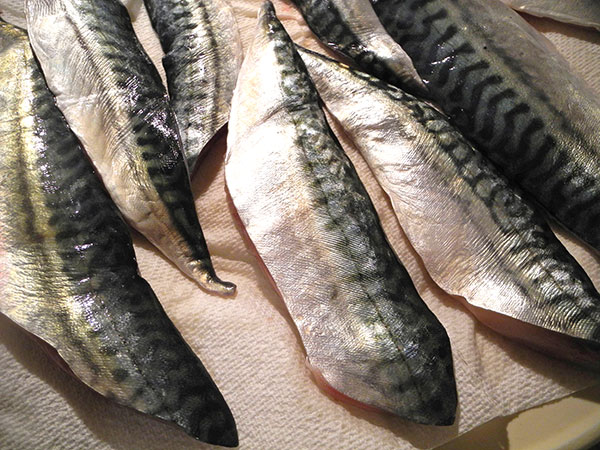 Mackerel, Spanish or Boston mackerel, is one of the most beautiful fish in the sea [here, some fillets in full sunlight], whether whole or filleted, and one of the most delicious. It’s a pity so many people avoid it because of the adjective “oily’ that is so casually attached to it, generally with a negative connotation.  But it’s precisely the full flavor and, yes, the oiliness of mackerel and other non-whitefish, like salmon, trout, and tuna (as well as the smaller species, such as anchovies, herring, and sardines), that is prized by others, including myself.  Of course there’s also the health factor, but most people don’t actually eat food counsel.

The secret for enjoying mackerel, or any oily fish, is the same as for any other food is finding the right recipe.  This is just one, and it’s very simple. 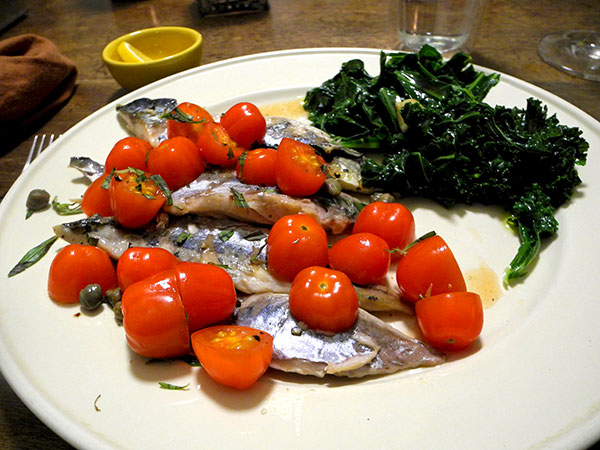