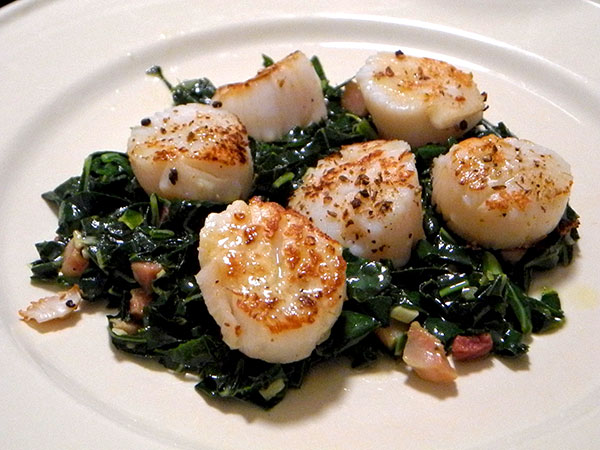 Note to self: This is an unbelievably easy and extraordinarily delicious entrée, employing two of my favorite things, so where has it been all these years?

This image of near perfection doesn’t look real even to me, and yet it’s a dish I put together myself a few  hours ago.  Among the several other delights and rewards in preparing this amazing surf, turf, and colewart entrée was the knowledge that I was including a late fall vegetable in a meal being served at the end of the first week of March.  Woot!  Mainly however it was the pleasure we had in savoring both its taste and its textures.