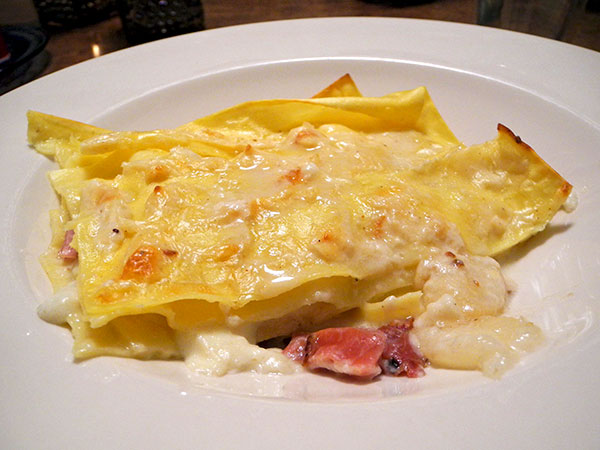 Valentine’s day.  I was thinking that the occasion naturally suggested a pink sparkling wine, so I immediately moved on to the most obvious pairing, a luscious lasagne which features speck and pears.  Actually, it was the other way around.  I first came across this wonderful recipe years ago, on the Italian Food sight hosted at the time by Kyle Phillips.  Tragically, our guide died several years ago, and I’m certain that we are not the only ones who feel the loss, almost daily.  Many of my favorite recipes and boldest forays into Italian  cuisine I owe to Kyle.

The somewhat lasagna recipe which incorporates speck and pears has become an annual tradition, the centerpiece for every Valentine’s day, mostly because Kyle had suggested it long ago.  The pink sparkling wine is usually also a part of the tradition.  The Nigerian cayenne only arrived in the mix this year.

I can highly recommend the dish, on a number of counts.  Yes, it’s absolutely delicious, and it’s feel light (perhaps deceptively so), but the clincher for a special evening, may be the fact that all the preparation materials can be washed and put away before the baking dish is placed in the oven, giving two (or more) randy valentines, including the cook, at least a full half hour to play together before it has to be put on the table. 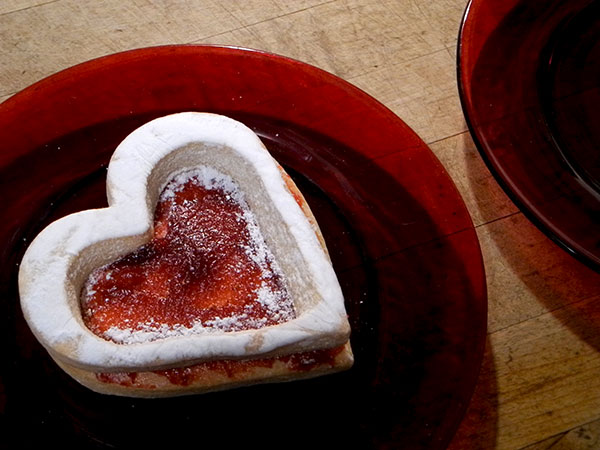