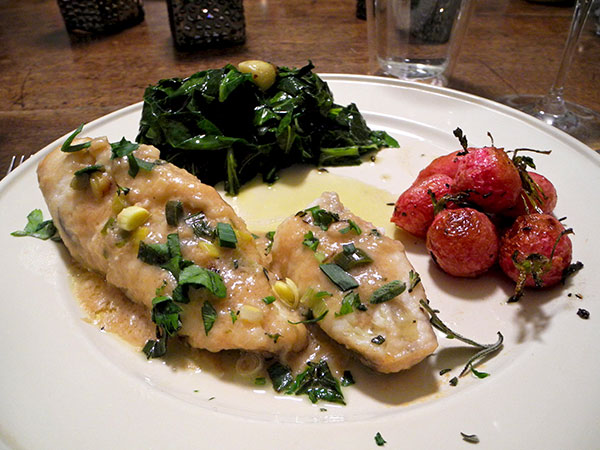 It certainly wasn’t the best monkfish dinner I can remember, but it looks pretty good in the picture, and it was at least remarkable for including ingredients which should have been almost impossible to find in the middle of a very cold February.

The recipe was a slight adaptation of one in Mark Bittman’s ‘Fish: The Complete Guide to Buying and Cooking‘, and it turns out I’m not the only reader who found it lacking.