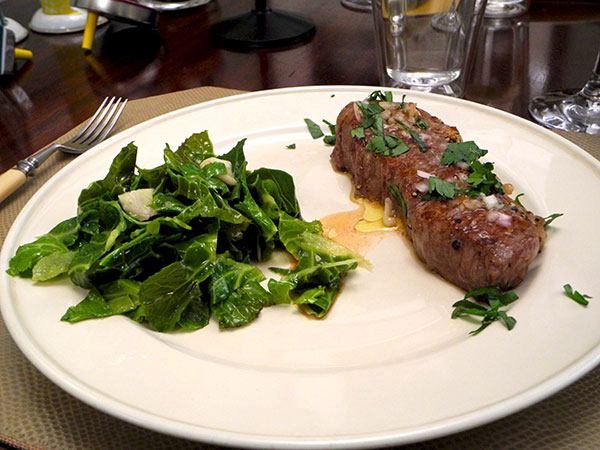 It was New Year’s Day, but there were only the two of us.  We decided on a mini version of a traditional (traditional, somewhere anyway) roast beef holiday dinner, but we did manage to extend it into several courses.  After some good rosemary bread sticks, we enjoyed some more of the linguine and crab pasta prepared the night before, heated in cazuelas for twelve minutes in a moderate oven.  We followed the pasta course with steak and braised collards, and finished the meal with a dessert of several cheeses, thin toasts of Rustica Classica from Eataly, and Bosc pears (from Migliorelli Farm).