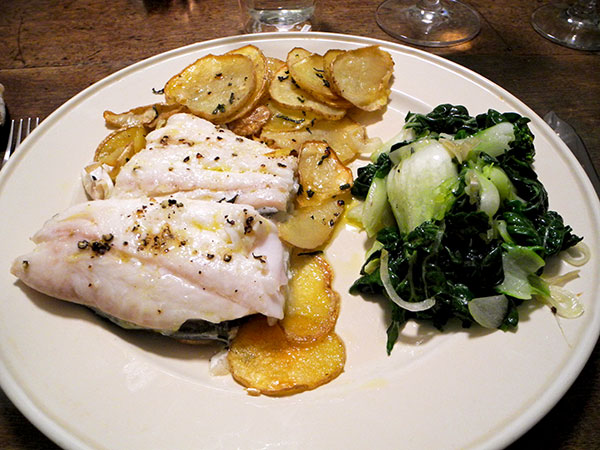 I’ve certainly prepared haddock before, but apparently never entered a meal which included the fish into the Food Blog.  It’s quite similar to cod in flavor and texture, and so quite delicious (yet somewhat less expensive), so it was easy to think of a dish which involved potatoes sliced thinly and baked with a savory herb.  This recipe I used was inspired by one in Mark Bittman’s discussion of how to cook white fish fillets.