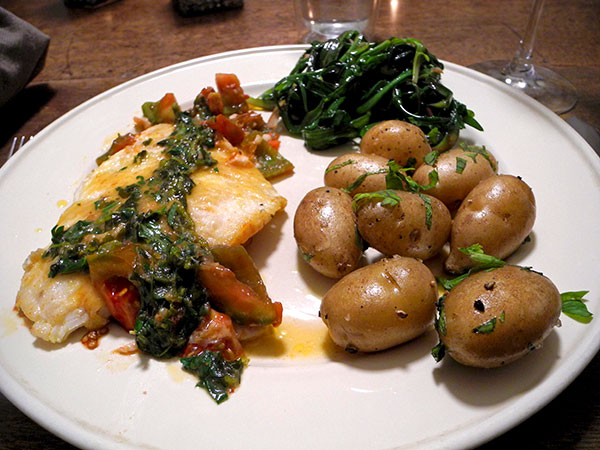 The basic treatment of this flounder is one I’ve often repeated, using various kinds of flatfish, but this time the real variation was my decision to include in the pan a single mahogany heirloom tomato I didn’t want to see ripen any more than it already had.