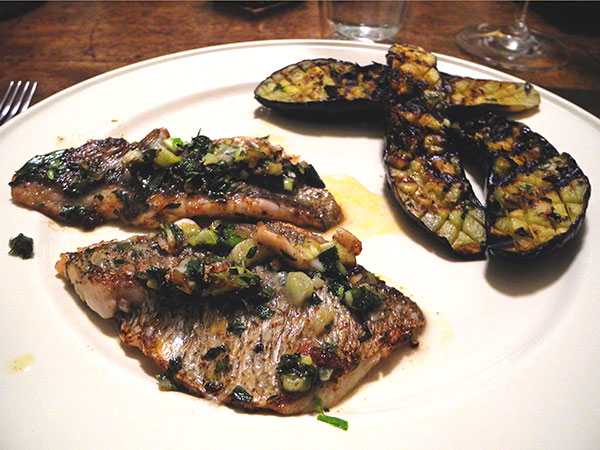 The meal was delicious (also, no Porgy bones!), but this is is a pretty dull presentation. I could easily have addd a red tomato, at least, or any of the parti-colored cherry tomatoes sitting on the windowsill only a few feet away, but we can see that I didn’t.  Or would it have hurt to add some parsley for the bare spot on the plate (especially since I think of parsley as vegetable)?  Maybe next time.