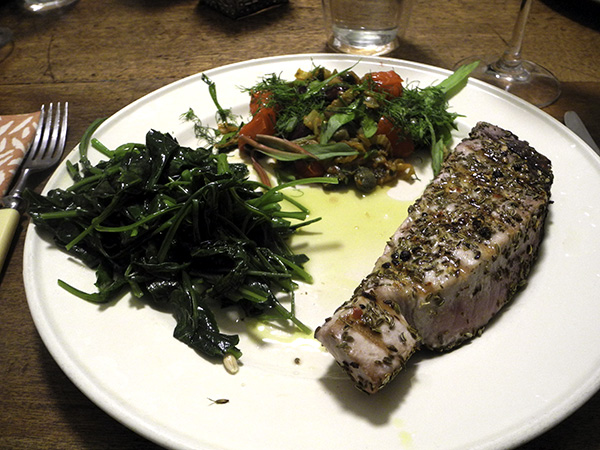 The best part of this meal was the company (and the food itself was really good). We had invited an American friend visiting New York from his home in Berlin, along with his non-Berlin brother, who was staying with him while he was here.

I’d been at the Union Square Greenmarket earlier in the day of course, and my idea was to bring home seafood and vegetables whose preparation would distract me as little as possible from a conversation I was really looking forward to. The two last tuna steaks lying on ice under the glass top of the fish monger’s display case would be perfect, and I quickly found a special green. The concept for a second vegetable began with 4 baby fennel bulbs, but it soon became more complicated. I thought it would still require little concentration, which turned out to be only half true.

But it was all great fun, and it went on for hours. 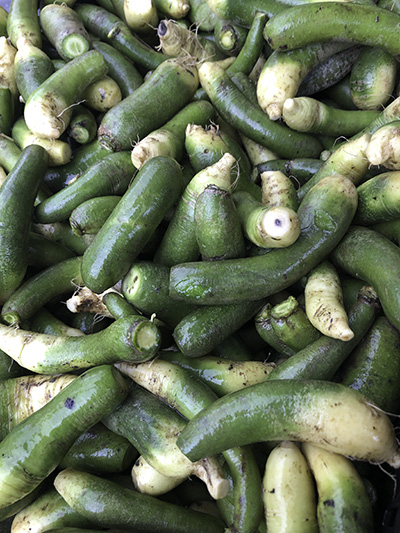 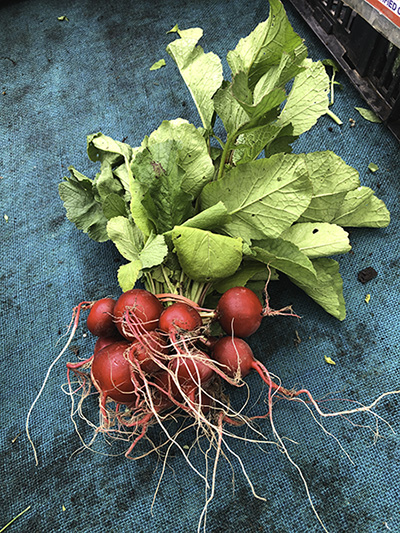 The main course took more time to assemble than I had expected (the distractions were great). 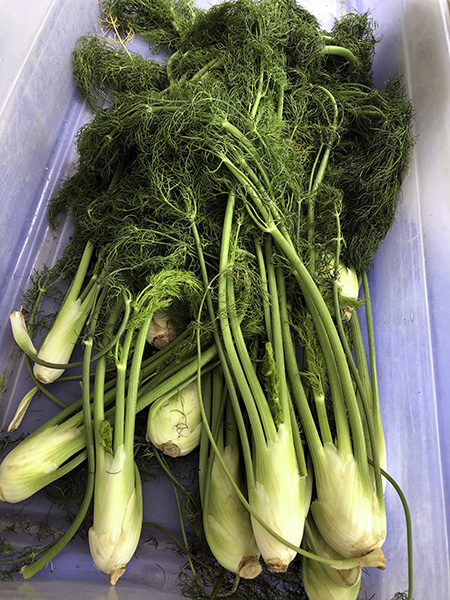 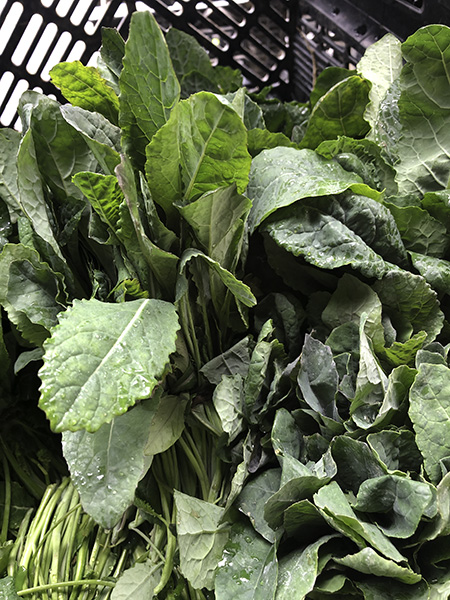