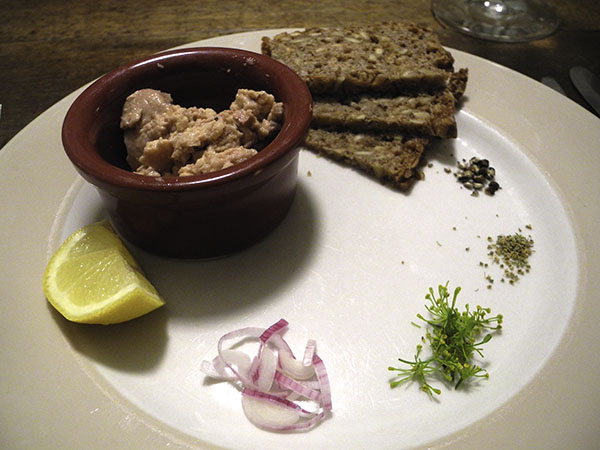 The cod liver tasted a bit like foie gras, but without the guilt, which is to say, it was delicious. 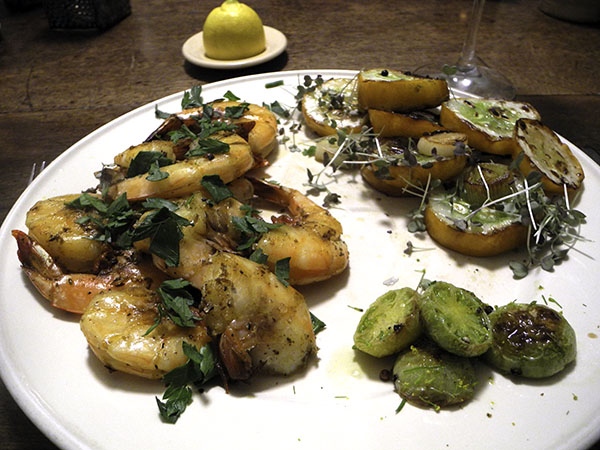 The main course featured wild shrimp, which I believe has never shown up on this blog before. When I have cooked this delectable crustacean, it’s always been the excellent farmed shrimp that Jean Claude Frajmund raises up the Hudson, in Newburgh, New York. Eco Shrimp Garden now appears in the Union Square Greenmarket on Saturdays only, and that’s the day I normally do not appear there (mostly because of the weekend crowds of gawkers, and because we are inclined to do other stuff that afternoon.

But I do usually pay a brief visit to the Chelsea Down to Earth Farmers Market on 23rd Street, the little market which is set up less than a block from us every Saturday. This time the market’s regular seafood vender had ‘super jumbo’ shrimp that one of their boats had netted, beheaded, and quickly frozen while fishing in North Carolina waters that week. 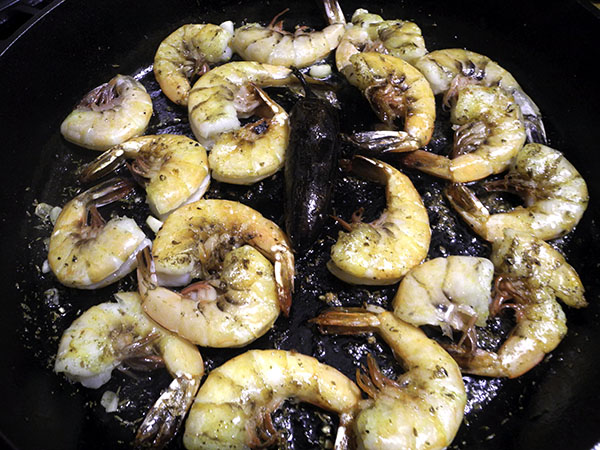 The image of the shrimp sautéing mimics that of the cucumbers I had started a few minutes earlier. 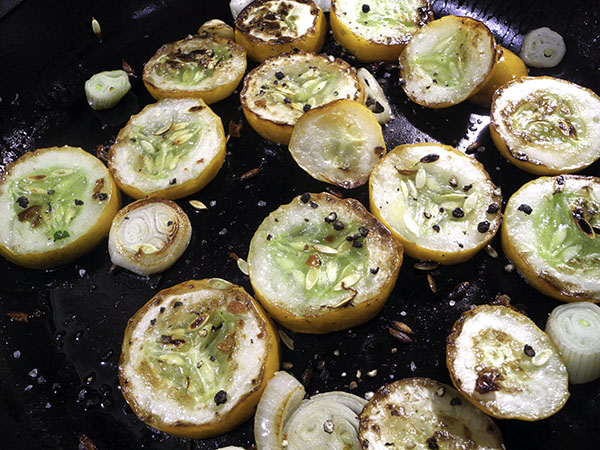 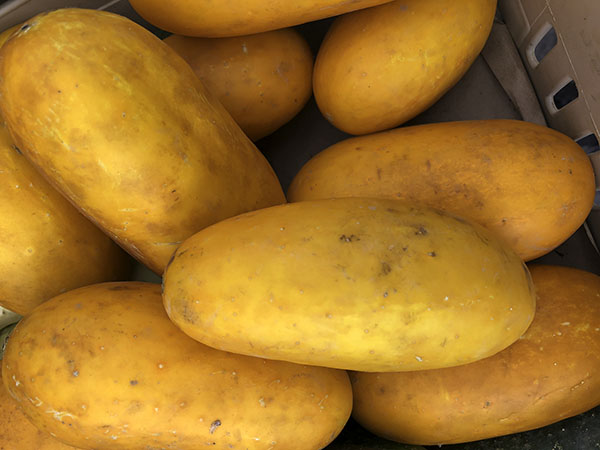