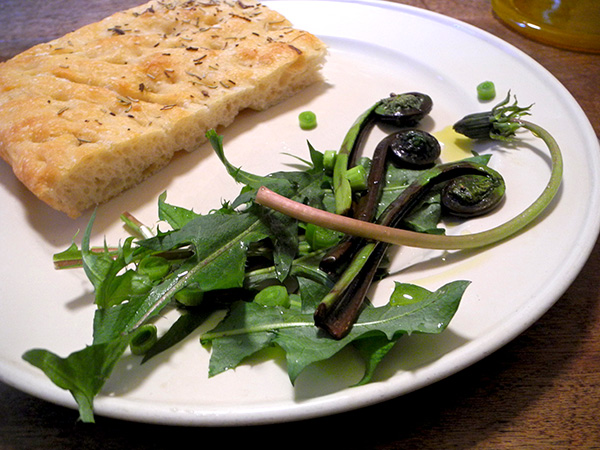 Maybe it’s become a little more regular than I had expected, or let on in this post: focaccia for lunch. On Saturday I brought back a piece from the Union Square Greenmarket large enough for both of us to enjoy, and I happened to have already had on hand 2 different wild greens, one of which had remained from an earlier meal.