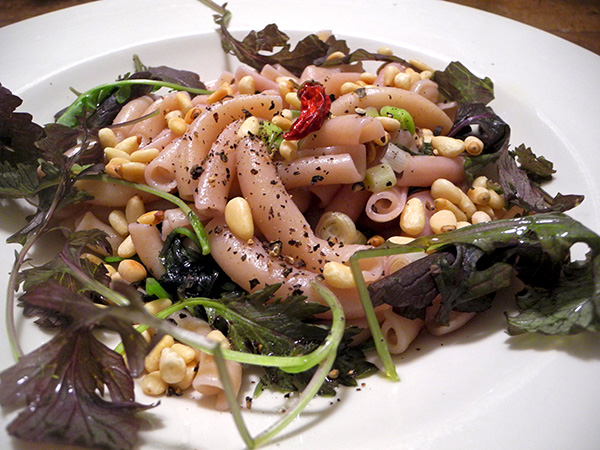 I was about to write that this quick pasta dish with many local ingredients also happens to be vegan, but then I remembered that the excellent NYC spaccatelli around which it was assembled included an unusual, local, ingredient, Asbury NJ buffalo milk.

The other remarkable thing about this dish is what appears, from the picture, to be a very generous amount of toasted pine nuts; their numbers are actually something of an optical illusion, and they’re only lying on the very top.  I can’t deny however, since the market price for this delicious Italian ingredient varies a great deal, that I’ve always been at least a little sensitive to those fluctuations when I’m deciding whether I’m going to use them in a dish, and how many. 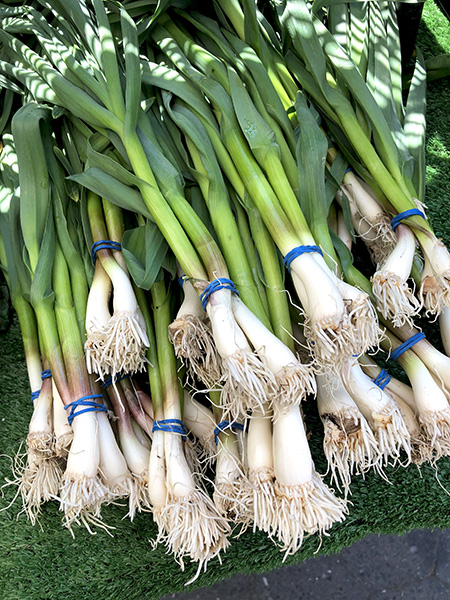 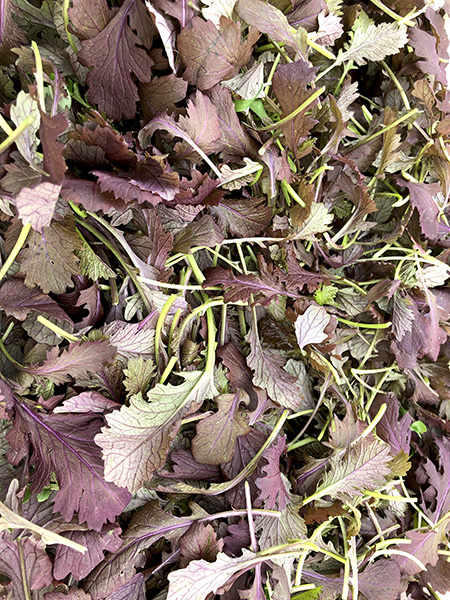