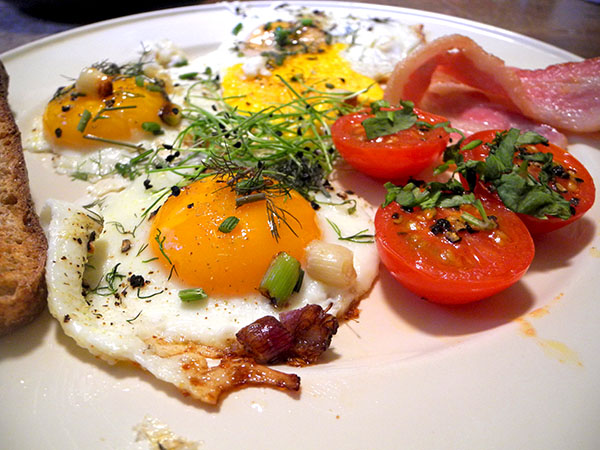 The Mediterranean, host to so many Alliums and Fennels: what a blessed world.

This breakfast was something of a hodgepodge. It was also more easily prepared than most described on this blog, because several of the extras were just sitting by, having already been prepared while I was assembling dinners in the last few days (to wit: the end of a batch of washed and dried lovage; sauté-softened spring garlic; and both the stems and fronds of some bronze fennel)

cook’s critique: I can’t be relied upon to deliver fried eggs with all of their yolks intact, and this time 2 of the 6 ran the moment I cracked them into the pan, so next time I may try an end run (look at me, using a sports idiom!), cracking them gently into a bowl and then slipping them into the pan)