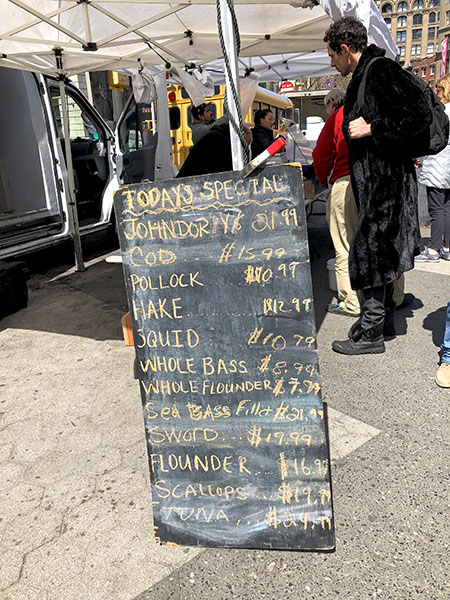 Our special guest, visiting from overseas (oh, magic word) had never had dinner in our apartment, at least not while we were there, so I wanted the meal to be special as well. The most important thing was not to mess up; the second was that it would be delicious, but also reflect some of the rich local seafood bounty available in New York.

Its success at the table depended partly on my not being too distracted by brilliant conversation in the kitchen, and the food choices I had were almost entirely dependent on what was available in the Greenmarket that afternoon. I’m pretty sure the meal passed muster, and the incredibly fresh local scallops, cod, and winter rapini filled the program I had in mind very well. 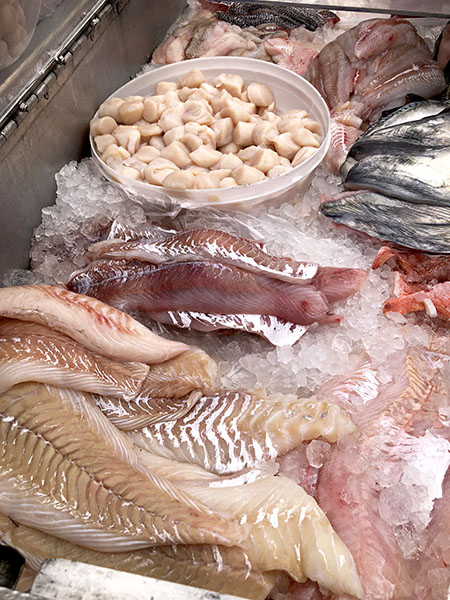 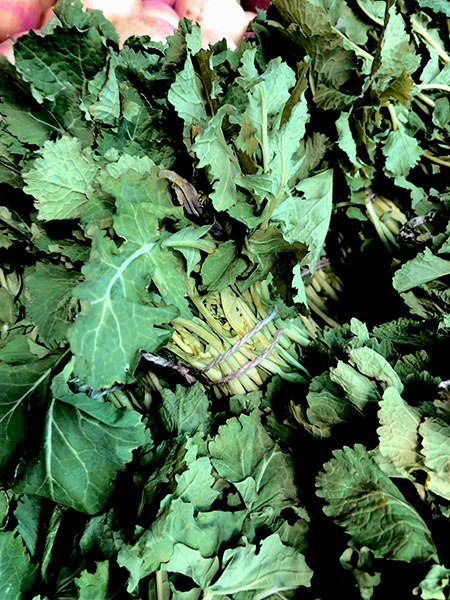 The appetizer’s featured player has always been a popular favorite. 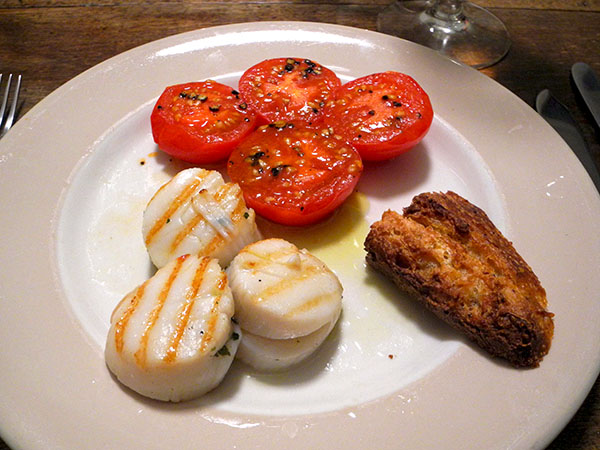 The central actor in the main course also came from the sea, although the extraordinary purple potatoes gave the wonderful fresh cod some earthy competition. 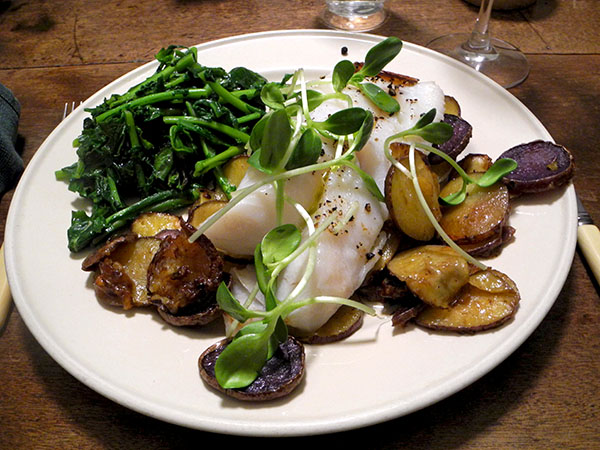 The dessert (wow, we rarely get that far through a meal, even when we have guests) was a first for all of us. 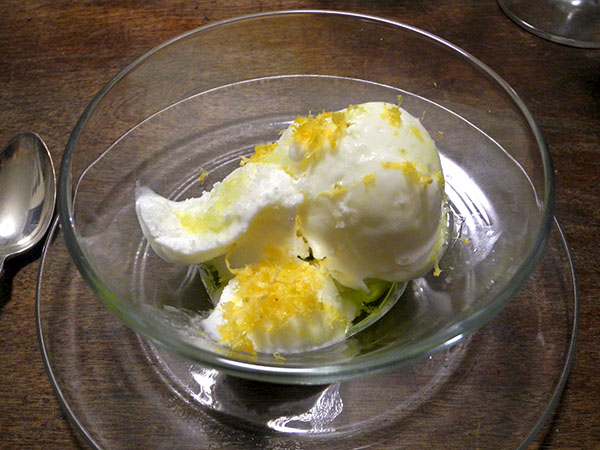