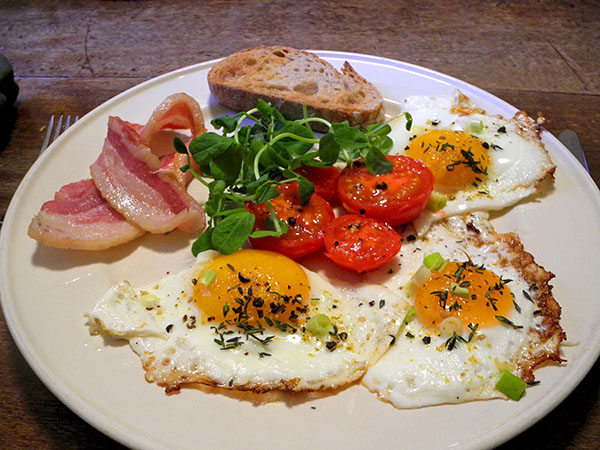 I usually throw all kinds of stuff into what for most folks would be a simple breakfast of bacon and eggs, but this one escaped from the kitchen [relatively] bare-bones.