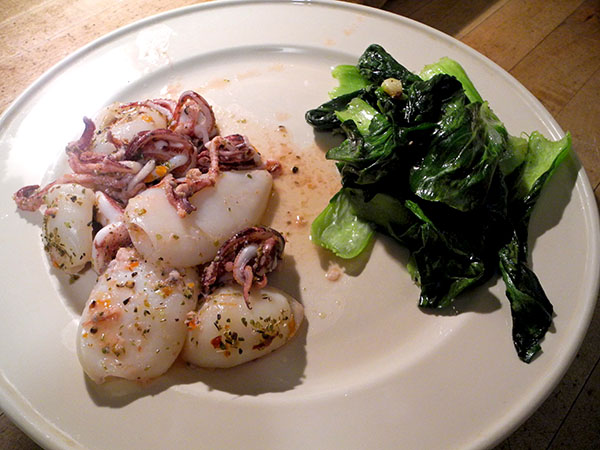 I always find it a treat to return to a squid dinner, both for the fun of the preparation and the enjoyment of the meal. This time we were also able to enjoy one of the most luscious greens ever, and here I have to pinch myself, because it really is the middle of winter. 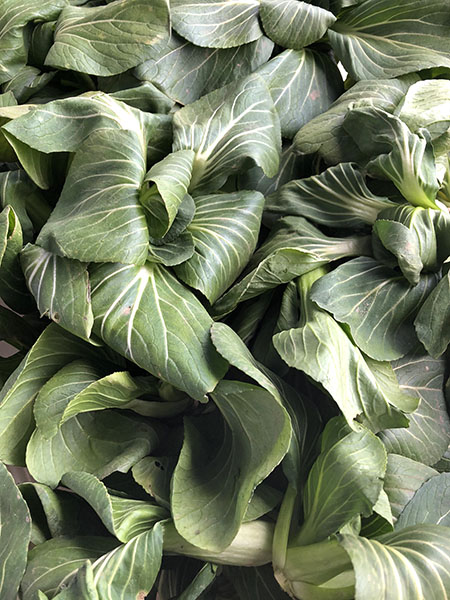