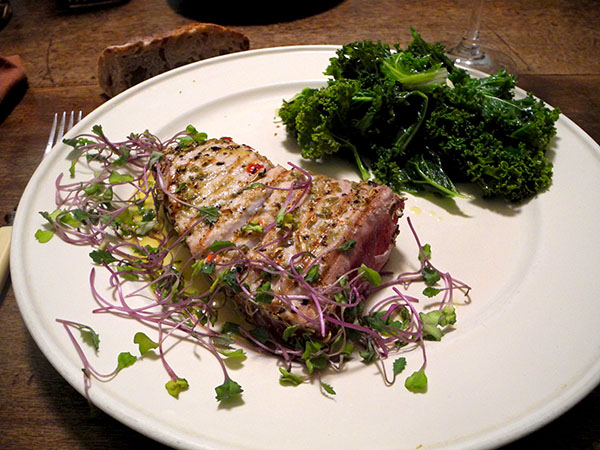 I’m nursing myself back to health by continuing to cook every day, and last night I started to get back to serious start-from-scratch cooking with a really simple meal. Actually, the desire for simplicity was driven at least as much by a consideration of the short time I had for preparation, since we wouldn’t return from the theater (the Civilians’ ‘The Undertaking’) until after 9:30.

We were sitting down to this meal less than an hour later, even though I had taken my time putting it together, and we enjoyed a drink first, while talking about Steve Cossen‘s terrific play.

There were green vegetables at the Union Square Greenmarket on Saturday – and this was near the end of January! I had already picked up both Savoy and red cabbage earlier in the week, but now I took home some Brussels sprouts, on the stalk, and a large bunch of kale.  I could probably make it through an entire week with these stocks, and then I could start dreaming of the earliest wild spring green stuff.

Because it would be slightly less time-consuming than roasting the sprouts, and probably a better match with the tuna, I decided it was to be the kale that would go into this meal. 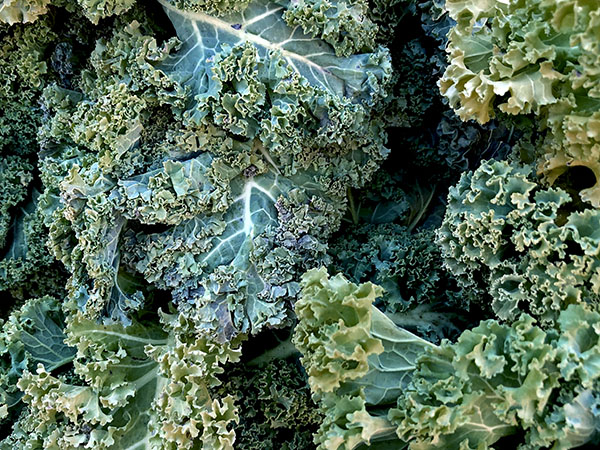