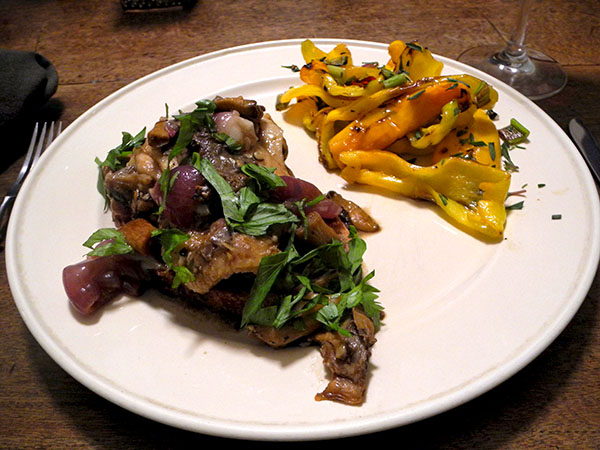 So it was just chicken, but it seemed to me it would be a very good chicken. I also had the help of some wonderful foraged mushrooms.

It was very good chicken.

And there was excellent wine.

I had bought the wild mushrooms at the Union Square Greenmarket. I knew I wouldn’t be able to use them that night, but I hadn’t thought about what I would cook them with the next day until after I had left the square and was approaching 23rd Street. I realized I didn’t have anything suitable at home, but I was already some distance from the farmers’ market, so I checked out my local Flatiron district Eataly, where I found they had product, new to me, that it seemed a perfect candidate.

The peppers were also pretty special. 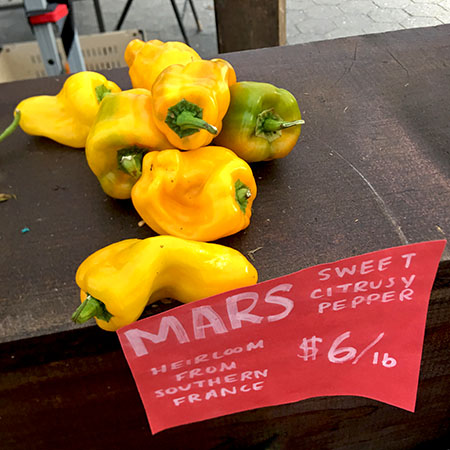