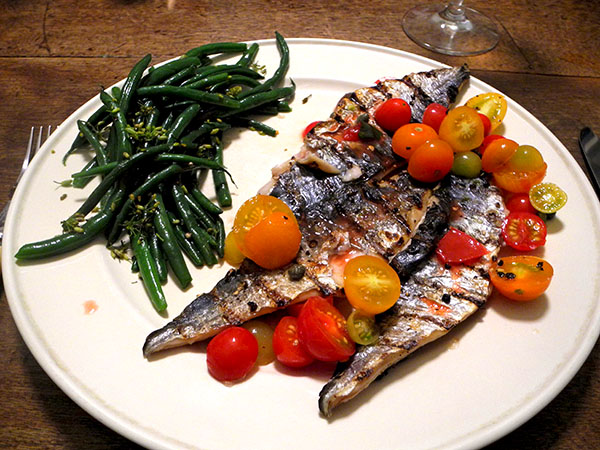 It looks as good as it tasted. Mackerel is a super fish, and if the recipe chosen works with its singular qualities, there’s almost nothing better. This recipe is one of my favorites, and in fact so favorited that it’s almost my only one.

And the fillets looked great throughout, from the moment I spied them inside the fisher’s bucket in the Union Square Greenmarket until they arrived on the table.

I’m writing this the next day, and I can smell the heavenly aromas, fish and char, as I revisit them in these pictures.

And look at those lines! 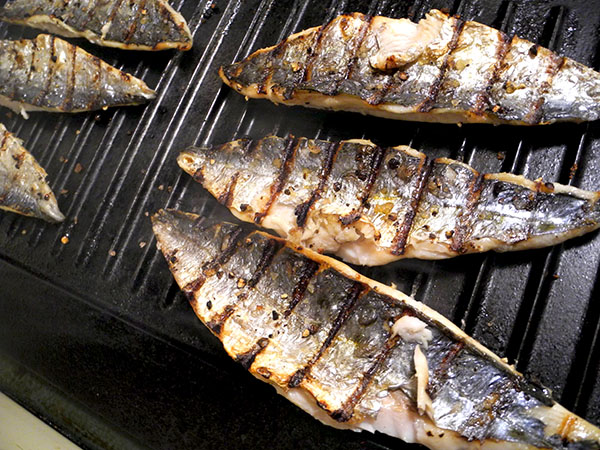 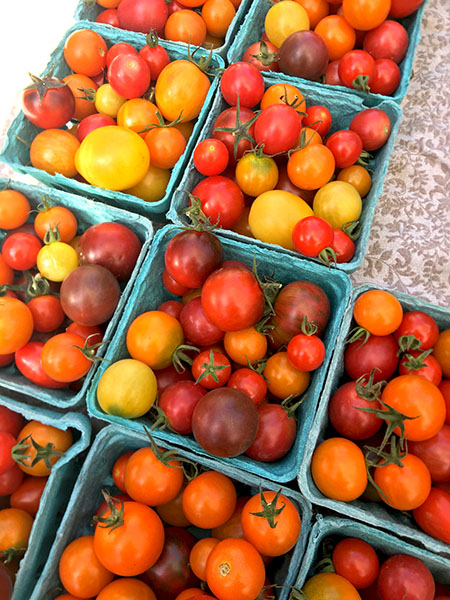 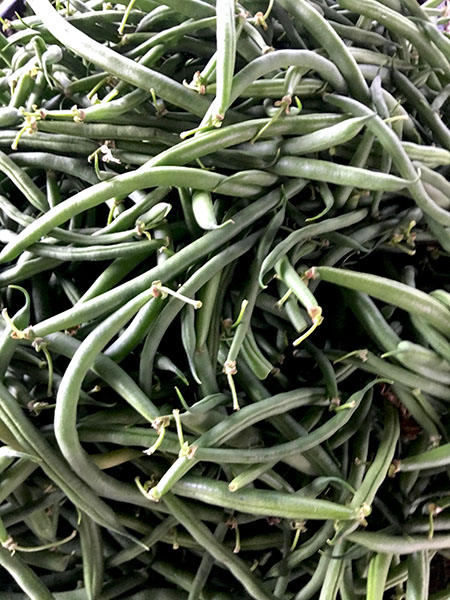