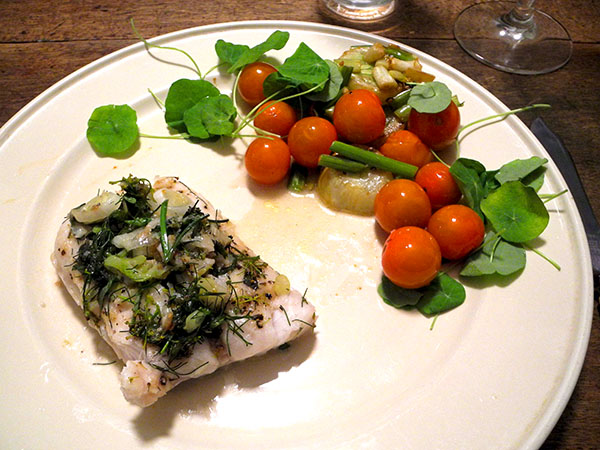 We love whiting, but because we have it so seldom I’m only reminded of just how much once we sit down to enjoy it again.

This meal was an excellent reminder.

But there’s much more to a good dinner than its protein stars, however wonderful they may be. These images include [most of] the herbs and vegetables I used this time, while they waited to dry, occupying virtually all of the counter surfaces of our kitchen. 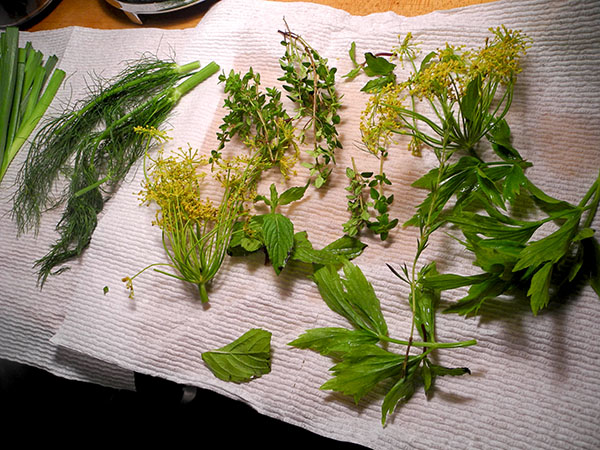 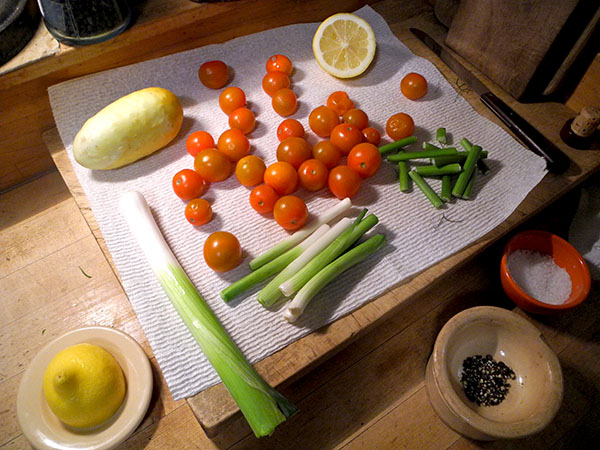 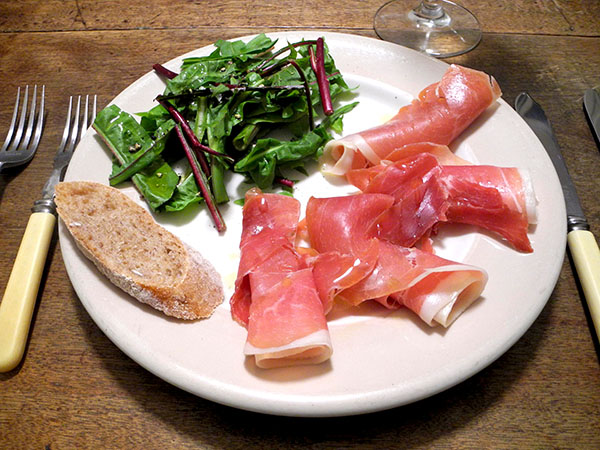