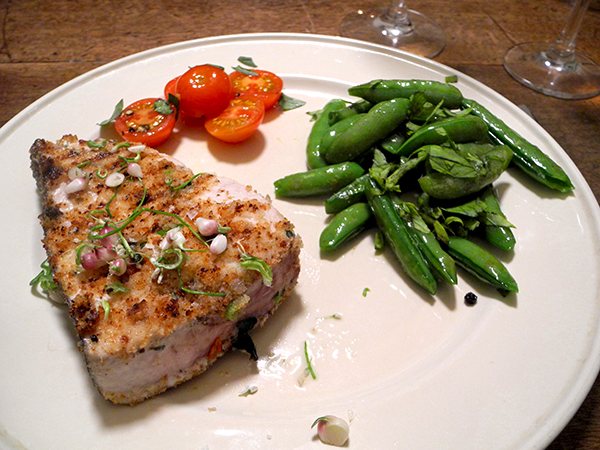 To be honest, this time the vegetable, some truly delicious fresh snap peas, upstaged the fish, and we’re very fond of swordfish. 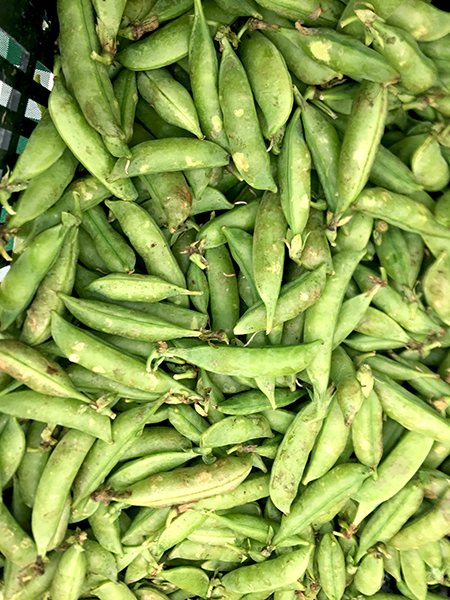