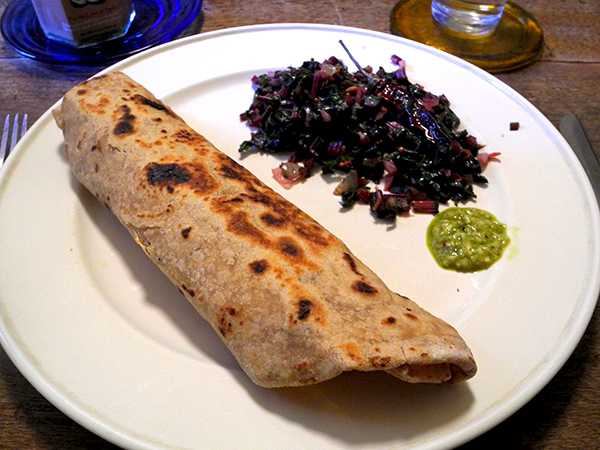 I almost tripped over a little outpost of India on Saturday at Chelsea’s Down to Earth Farmers Market, Nirmala Gupta’s ‘Bombay Emerald Chutney Company‘. I had gone up the street that day only to buy a few beets to augment the few I already had, since those weren’t going to be enough to put together one of my favorite accidentally-vegan dishes later this week, ‘‘spaghetti with rubies“.

I ended up purchasing 2 cauliflower-potato rotis, a delicious coconut chutney, and a small bottle of dried fenugreek from Nirmala.

I know I’ll be enjoying the chutney, even outside Indian entrées, and I’m determined to find uses for the ‘Greek hay‘, since I’ve been enamored of that exotic name for, well, maybe decades. What does it taste like? I think I can go with this description, at least for now: “..a slightly sweet, nutty flavor often described as a cross between celery and maple.”

I immediately made plans for a Sunday breakfast which would be unlike any I had put together before, eventually inspired to make some otherwise luscious but possibly redundant beet greens a part of it. I found this simple recipe which I used as the basis for the side; I was missing a few key ingredients, but I substituted a few of my own. 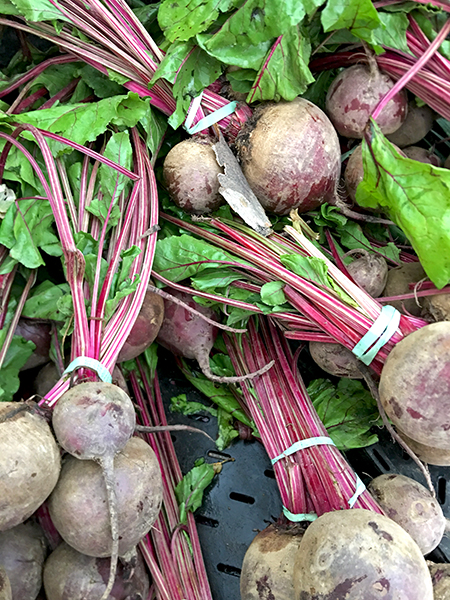 The breakfast was of course vegan.

The only thing missing was the lassi.

I used to say that for practical reasons alone (storage and shelf space, access to the ingredients), not to mention a relative ignorance of the food cultures, I couldn’t imagine trying to cook meals from traditions radically different from the European, but after my modest experience with this simple breakfast, and with Nirmala’s help, I may be willing to occasionally adjust my practice.