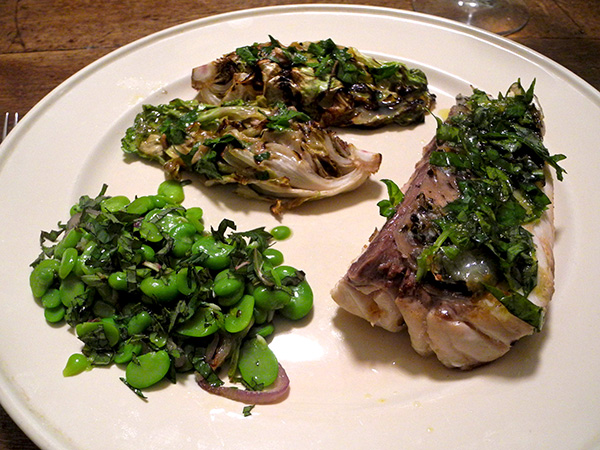 I managed to get the last piece of striped bass in the Greenmarket on Friday. Fortunately, because it’s probably the most expensive fish in any East Coast market these days, it was exactly the right, modest proportion for the two of us. I blame the high cost on demand, and a general lack of imagination on the part of my fellow consumers, but it really is a great fish, beginning with its appearance, seen here lying on our kitchen counter before I started dinner. 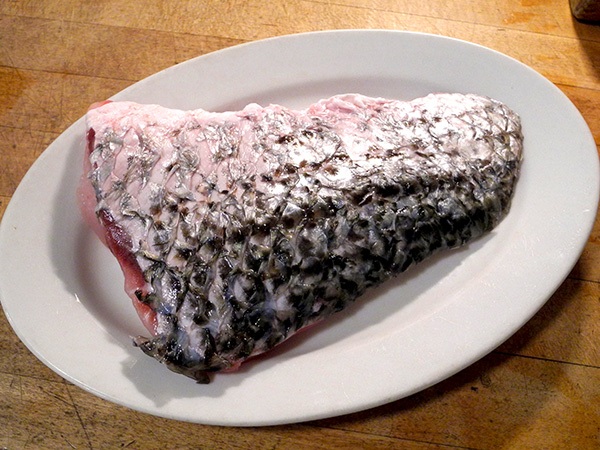 I can’t continue without mentioning the near death of the species, mostly because of over-fishing. By the 70s and 80s, ‘Stripers’ were considered endangered, but then there was a rescue, described by Paul Greenberg in a 2008 New York Times article, ‘Bass Market‘:

“In a major conservation act, a consortium of states halted striped-bass fishing in the ’80s, and a program was introduced to rebuild the breeding stock in the Chesapeake Bay. … Today striper populations are listed as ‘fully rebuilt,’…”

The vegetables, as special as the fish, were Castelfranco radicchio (cichorium intybus excultus?) and fava beans (vicia faba). 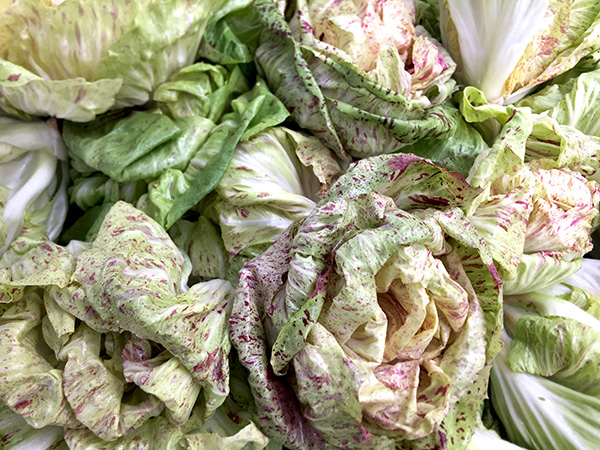 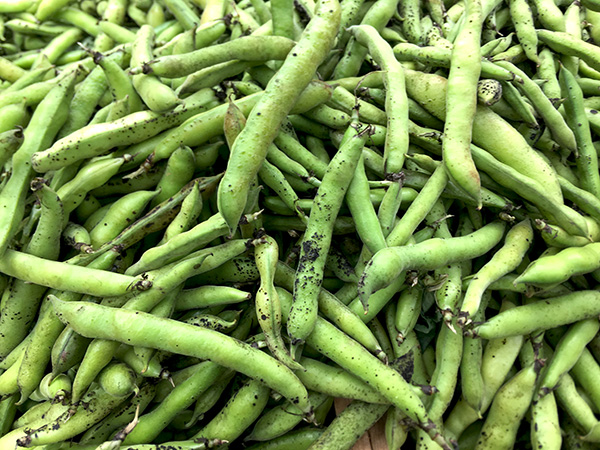