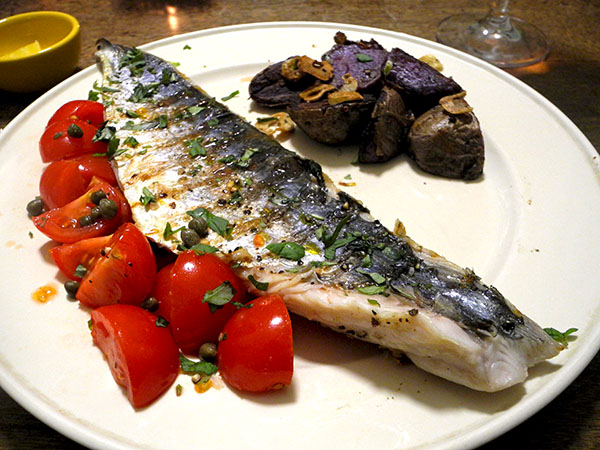 We love mackerel, and I’ve cooked it often. These were definitely the biggest fillets I’ve ever grilled; I was grateful that we weren’t eating off of the 8-inch creamware plates I had used in the Providence house for years.

These large fillets were perfectly fresh, made a great presentation, especially since I got them to the plates without their coming apart (even the skin remained fully attached), and I managed to cook them to a perfect doneness.

It’s been a long time since I’d included the potato part of the basic recipe I’ve been using for years.  It was only after I had decided to do so that I realized I didn’t have any variety that would seem suitable for ‘twice-cooking’. I went with what I had, a dark blue sort-of-fingerling type.  They worked perfectly, tasted great, and looked pretty dramatic. 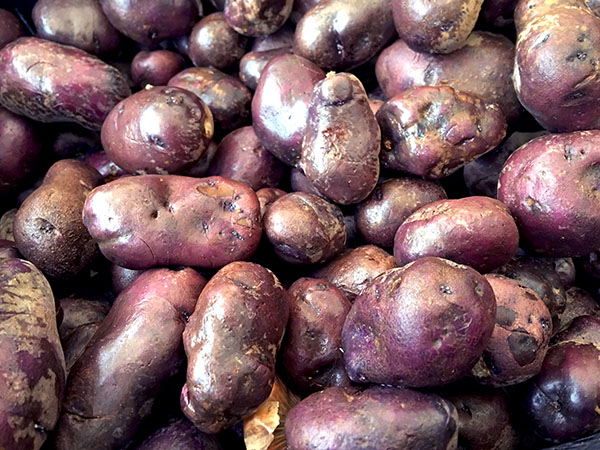