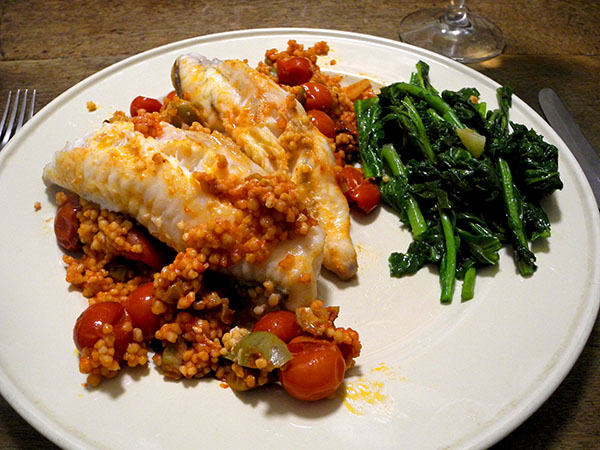 I’ve made this Sicilian monkfish and couscous dish twice before and it just seems to get better each time. Last night I even managed to obtain socarrat!

It’s also pretty foolproof. I’ve served it with a vegetable each time, but the original, David Pasternak recipe suggests making it a one-dish meal, which would make it even simpler to put together.

I went with a vegetable again last night.

After I had picked up the fish at the Greenmarket earlier in the day, I also found the last bunch of mustard greens. 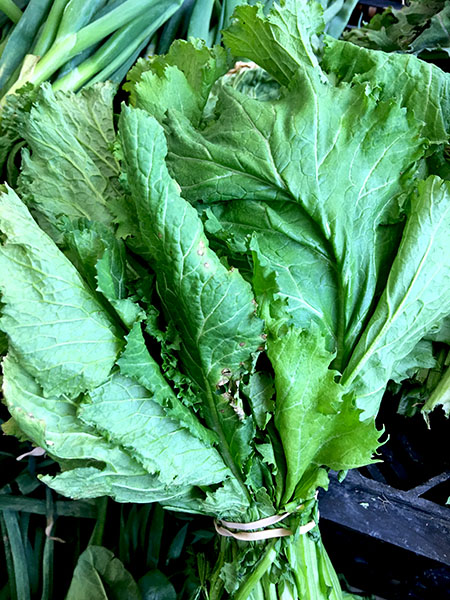 This is the couscous mix just after monkfish was added, and before it was covered. 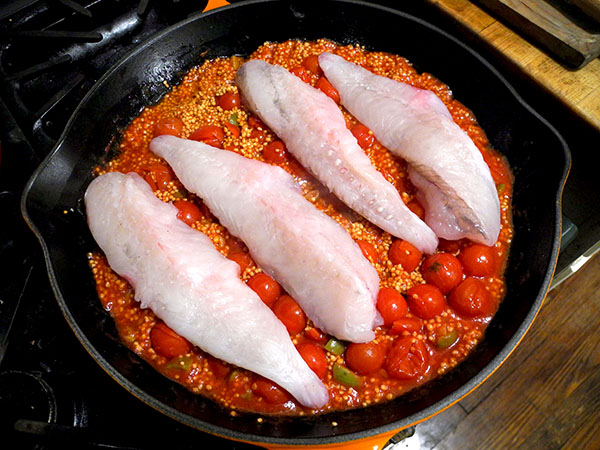 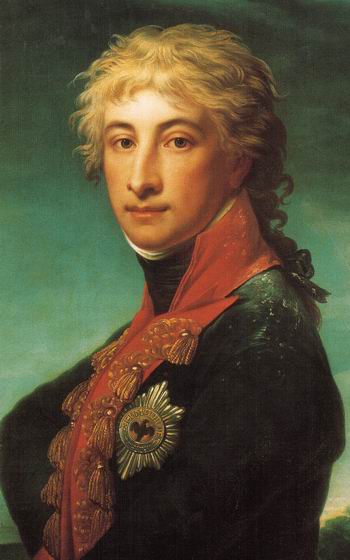 [1799 portrait of a dreamy Louis Ferdinand by Jean-Laurent Mosnier, from Wikipedia]