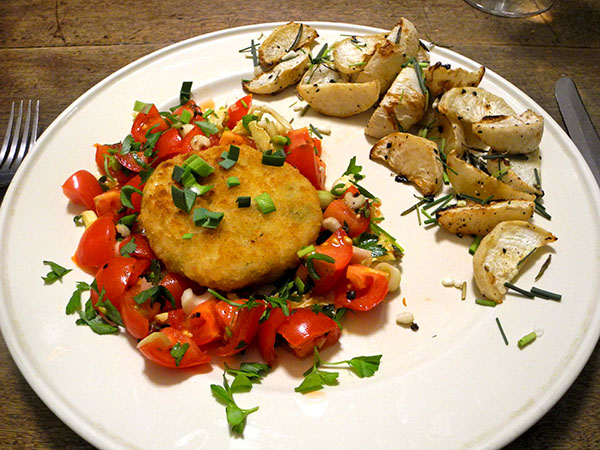 Mostly because we’ve been running around during New York art fair week, I haven’t been to the Greenmarket in 5 days. Also, I haven’t bought any fish in 8, but we’ve still had to eat, and we’ve done pretty well, with the help of a great pizza one night.

I had thought about going to Union Square on Friday, even if the time I’d spend would eat into our window for visiting NADA New York. Then, late the night before, I did some calculations and decided I still had enough good stuff on hand to put together decent meals on the 2 evenings I’d be able to cook at home before Monday, when I would definitely be able to make it to the market.

Last night we enjoyed one of the 2 packages of frozen crab cakes I had been keeping for such an eventuality, and, aside from some beautiful local (Maine) outsize cherry tomatoes with which I could assemble a salsa,  I also had a decent selection of root vegetables to choose from.

Fresh herbs are one of the things I miss most during the winter months, but there are a surprising number of opportunities to pick up some of them in the Union Square market. I found these beautiful thyme bunches, leaves with purple-red undersides, and definitely a sturdy feel to them, but no less pungent than their summer cousins.

I’m no botanist, so I can claim no authority on the designation, but I labeled my photograph of the thyme, ‘winter thyme’, because, well, who knew there was such a thing? 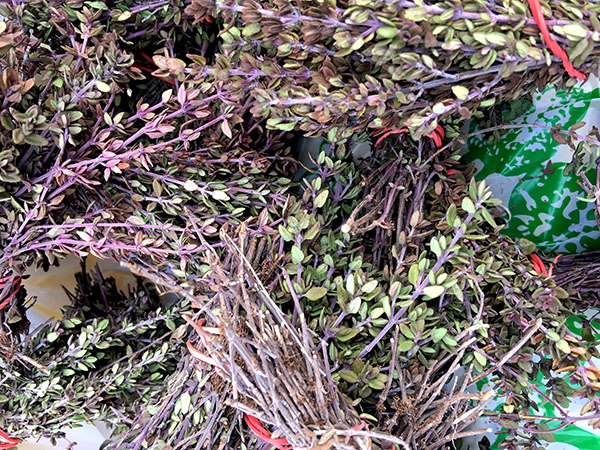 There’s a reason winter vegetables have always been so popular in the winter (well, aside from their virtues otherwise: Most roots (and brassica as well) are pretty sturdy, and they can be stored for longer periods than most people expect. I bought the radishes I roasted yesterday on the first of February, just over a month before. 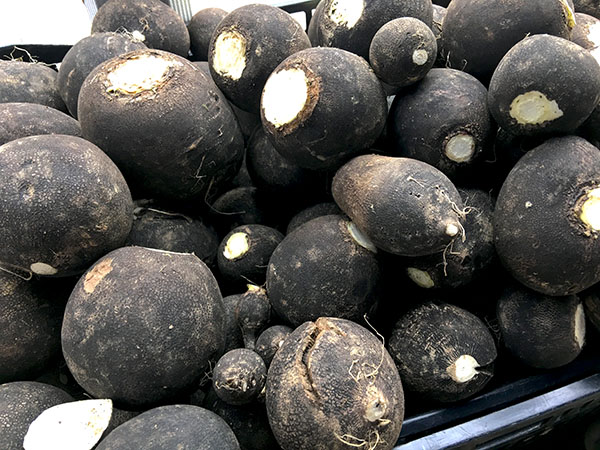